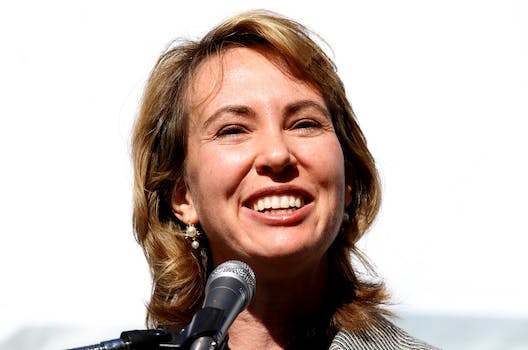 There are better ways to make an argument.

The National Rifle Association (NRA) has long been known for pulling the trigger on aggressive, in-your-face political statements that get the attention of the entire country.

They did it again on Thursday with a tweet going after Gabby Giffords, the retired Arizona congresswoman who was a victim of an assassination attempt that ended with her being shot in the head.

Gabby Giffords: Everyone Should Have to Pass Background Check My Attacker Passed http://t.co/UnVQNvuMLL #2A #NRA

Ever since the 2011 shooting that left Giffords injured and six other people dead, the former Democratic lawmaker has been one of the leaders of Americans for Responsible Solutions, a group advocating for gun-law reforms in order to reduce violence. The reform in question is a background check that Jared Loughner, the man who shot Giffords, passed when he bought the handgun he used to kill six people.

“The most prominent firearm-related public violence events of the last few years were carried out by men and women who passed background checks to get their firearms,” Awr Hawkins, the author of the Breitbart article that the NRA linked, wrote. “So can someone explain again how applying background checks to more sales will reduce violence, much less stop it?”

It is true that Loughner passed a background check. So have some men and women who have been involved in headline-making mass shootings over recent years.

However, it’s obvious that Giffords is aiming to reduce all gun violence around the country, not to go back in time and prevent her own shooting. And when you consider that research shows background checks reduces overall gun violence, it becomes obvious that fixating on the shootings that make TV is deliberately cherry-picking that leads to a false conclusion.

When Missouri repealed its 90-year-old background check laws in 2007, for example, murders involving guns rose by 16 percent even while the murder rate in neighboring states and across the U.S. actually fell, according to research by the Johns Hopkins Center for Gun Policy and Research. That repeal and similar measures were backed by the NRA.

More screening and background checks for gun sales are related to lower homicide and suicide rates, according to the National Institute of Health.

Background checks won’t stamp out gun violence, and maybe they wouldn’t have stopped Giffords from being shot. But to use that fact to mock her deliberately misses her point.