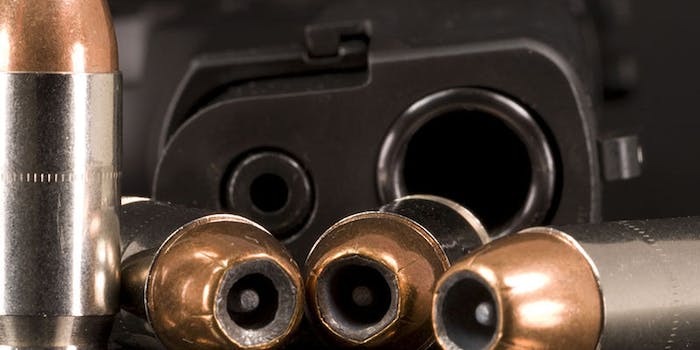 It's always someone else's fault.

An NRA official attempted to place the blame for this week’s tragic shooting at a Charleston, South Carolina, church that claimed that lives of nine African-American victims squarely on the shoulders of one of the victims.

And he voted against concealed-carry. Eight of his church members who might be alive if he had expressly allowed members to carry handguns in church are dead. Innocent people died because of his position on a political issue.

While the thread in which Cotton’s post appeared is still live, the post appears to have been deleted. A screenshot of the post was captured by Think Progress here.

According to his bio on the NRAPublications website, Cotton has been an NRA board member for 13 years and serves on the board of trustees for the organizations’ Civil Rights Defense Fund. He is also an administrator of the online forum in which the comment appeared.

Pinckney, who was 41 years old at the time of his death, made history as the youngest African-American ever elected to the state’s legislature at the age of 23. A strong advocate for gun control, not only did Pickney vote against concealed carry but he also introduced a bill in 2013 would have increased the strength of background checks for gun purchases in South Carolina, although the legislation never made it out of committee.

Following the racially-motivated shooting, which 21-year old Dylann Roof has confessed to carrying out, there have been numerous calls for the country to reconsider its relatively lax gun control laws.

The most high-profile of those calls came from President Barack Obama, who gave a speech on Thursday urging lawmakers to take action on gun control, while recognizing that the power of the gun lobby, along with the prominent role gun rights play in today’s conservative movement, that sort of change is difficult.

“We don’t have all the facts, but we do know that, once again, innocent people were killed in part because someone who wanted to inflict harm had no trouble getting their hands on a gun,” said Obama. “I say that recognizing the politics in this town foreclose a lot of those avenues right now, but it would be wrong for us not to acknowledge it. And at some point it’s going to be important for the American people to come to grips with it. And for us to be able to shift how we think about the issue of gun violence collectively.”

Thursday’s press conference was at least the ninth time the president has issued a statement following a public mass shooting during his time in office.