North Korea is like Game of Thrones, but with less nudity.

Kim Yo-jong, believed to be 26, had previously been spotted accompanying her father on various tours and inspections, and is thought to have began her career in the ruling Workers’ Party (WPK) in early 2012, according to various North Korea watch groups. She made her first official public appearance in 2011 at the funeral of her father, Kim Jong-il, who became leader of the secretive nation in 1994.

Since then, Kim has frequently been seen at the side of her brother, Kim Jong-un, North Korea’s current leader. Kim Yo-jong was identified by media sources earlier this year as a “senior official” of the WPK’s Central Committee—a multi-departmental leadership body responsible for various governmental, diplomatic, and military tasks (read: propaganda, paramilitary operations, and enforcement of party authority). 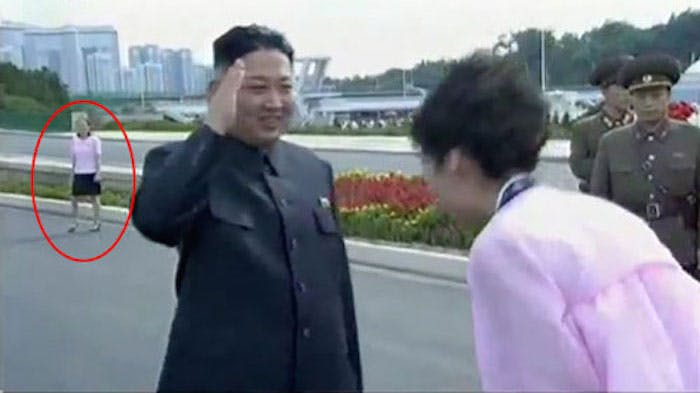 Outside observers speculate that Kim Yo-jong may take on a role similar to that of her aunt, Kim Kyong-hui, who is currently the secretary of organization of the WPK. Kim Kyong-hui is the daughter of Kim Il-sung, founding autocratic ruler of the Democratic People’s Republic of Korea (DPRK), who, backed by the Soviets, came to power after Japan relinquished control of the territory after World War II.

In 2010, Kim Kyong-hui became a four-star general, but was rarely seen after her husband (Kim Jong-un’s uncle) was arrested on state television and executed in 2013 on charges of treason—also known as cheating on his wife. (Contrary to widespread Internet rumors, he was apparently not fed to a pack of ravenous dogs.) As her name continues to be mentioned in state news reports, it’s believed that Kim Kyong-hui did not lose the favor of her ruling nephew following her husband’s likely gruesome death.

Photo by Roman Harak (CC BY 2.0) | Remixed by Dell Cameron