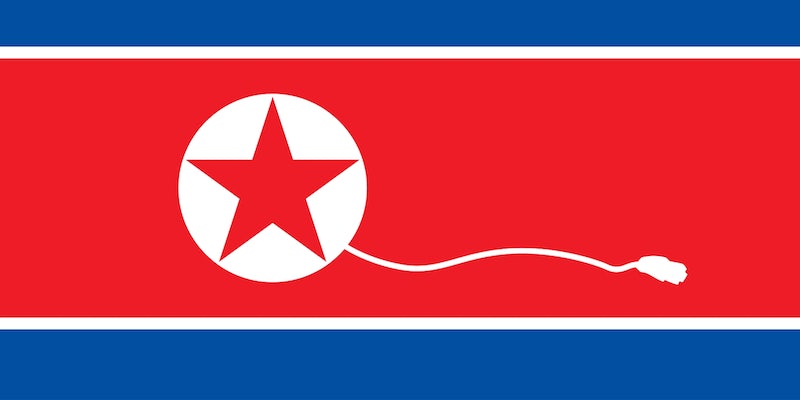 We wonder what could have prompted this.

Four days after the White House vowed a “proportional” response to the perpetrators of the devastating attack on Sony Pictures Entertainment, North Korea appears to be completely offline.

On Friday, the Federal Bureau of Investigation announced that North Korea was behind the attack on Sony, an allegation that the North Korean government has vehemently denied, albeit in a bizarrely poetic format. President Obama, in a Friday afternoon news conference, called the cyberattack an act of “cybervandalism” rather than war.

When reporters asked how the U.S. would counter North Korea’s apparent attack, Obama said that he would respond proportionately after being presented with all options. On Monday, it appeared possible that the president had directed one component of that response to begin.

North Korea, Dyn Research announced Monday, has been experiencing significant outages since sometime Sunday. These intermittent and escalating connectivity issues finally resulted in a complete outage on Monday at around 2pm EST.

After 24hrs of increasing instability, North Korean national Internet has been down hard for more than 2hrs pic.twitter.com/hDbitXBoqp

Speculation immediately focused on a possible U.S. government hand in the mystery outage. A State Department official refused to deny American involvement, cryptically telling the Associated Press that “some [U.S. responses] will be seen, some may not be seen.”

Update 8:39pm CT, Dec. 22: North Korea’s Internet has been restored after an outage that lasted nine hours and 31 minutes.