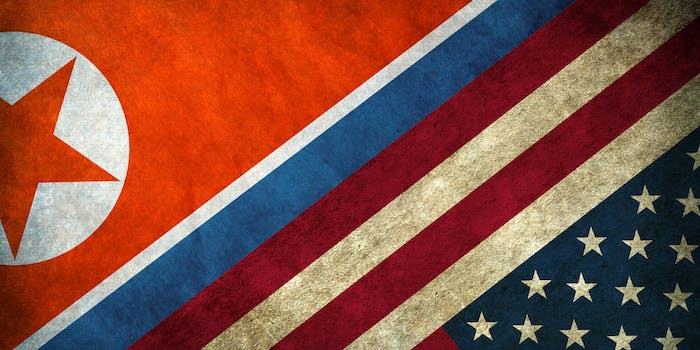 The reclusive regime will take any opportunity to poke America in the eye.

The North Korean government seized the chance to hit America where it hurt Thursday, calling the attack on the U.S. ambassador to South Korea “deserved punishment” for American intervention in the region.

Kim Ki-jong, the 55-year-old man who slashed Ambassador to South Korea Mark Lippert across the face, said he had done so to protest joint U.S.–South Korean military exercises. The two nations routinely conduct such cooperative missions as part of their joint preparations for a possible North Korean attack.

As police wrestled Kim to the ground following his attack, the disgruntled assailant shouted, “I carried out an act of terror.”

South Korea’s Yonhap news agency reported that Kim had visited North Korea multiple times, and that he had tried to set up an altar in Seoul, the South Korean capital, deifying the late North Korean dictator Kim Jong-Il.

Ambassador Lippert had several hours of surgery on his face and arm, including 80 stitches on the right side of his face, after which he tweeted that he was “doing well” and “in great spirits.” South Korean police may charge Kim with attempted homicide.