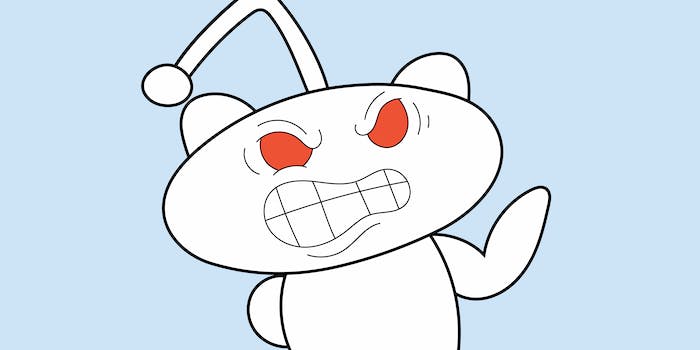 AI bot turns into psychopath after spending time on Reddit

Researchers at the Massachusetts Institute of Technology have trained an artificial intelligence algorithm to be a psychopath, according to the BBC.

The algorithm Norman—named after the infamous Hitchcock character in Psycho—was trained by researchers to have dark thoughts. They said they did it to see what would happen if AI was trained with data from “the dark corners of the net” and how it would change its worldview.

Of course, there are few darker places on the web than Reddit. Researchers say that’s where they led Norman to look at images, rather than the typical family-friendly, happy images that algorithms are usually trained with.

This experiment proves that AI can, in fact, be trained to have a bias: Just like Norman was trained to see death and suffering, other AIs can be trained to be racist or sexist.

In May 2016, a ProPublica report outed a computer algorithm that had a racial bias against Black prisoners, finding those inmates more likely candidates for recidivism than their white counterparts, even if the white inmate a longer criminal record. That same year, Microsoft accidentally created a hateful Twitter bot after users trained it to be racist and sexist. Another study in 2016 showed that software trained on Google News became sexist as a result of the data it was learning from. Norman’s training now provides further evidence that it’s easy to rig AI.

Next, the researchers have set out to prove that AI can be re-trained, according to Geek.com. They plan to do that by having regular folks submit new answers to MIT’s test images through this Google form.

Editor’s note: This article has been revised to remove similarities to the BBC’s original report.