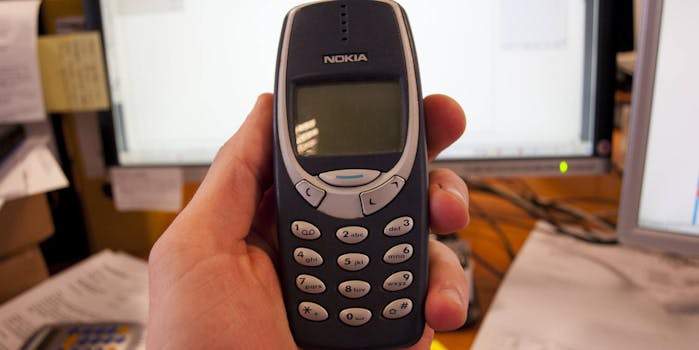 Are Nokia phones about to make a comeback?

During the era of the feature phone, Nokia thrived. The gray-blue plastic brick look of the Nokia 3310 is an icon of electronics. By 2013, its time had passed, and the Finnish phone-maker had sold off its mobile division to Microsoft. The deal barred Nokia from making its own phones.

Now that date is nearing and Nokia has plans to get back into the mobile game. Recode reports that Nokia intends to make its return to the smartphone market as early as 2016, with a plan to enter the virtual reality market as well.

Led by the still-independent Nokia Technologies, the branch of the company that licenses Nokia’s large portfolio of patents, Nokia has already been heavily involved in mobile in just about every way aside from making smartphones. The company released it own Android app launched called Z Launcher and designed an iPad-inspired Android tablet, which it licensed to another company to produce and sell in China.

Nokia’s return will likely employ the same approach it took with the N1 tablet: Design the product, license it out, and have another company manufacture, market, and sell it with the Nokia name on it. It’s an approach that will allow Nokia to compete without having to build its own manufacturing operation to compete with the Samsungs and Apples of the world.

Nokia recently purchased Alcatel-Lucent, a French telecommunications company that will help bolster Nokia’s presence in the networking sector. The $16.6 billion merger is a huge investment and seems to mark Nokia’s intentions to keep hanging around in the mobile world, whether it’s making phones or keeping data networks humming along.

While the company seems gung ho about re-entering the smartphone business, Recode notes that Nokia’s brass may quickly abandon the idea like it has many others. Nokia has developed plenty of innovative products that it never brings to market due to business-side turmoil.

Personally, I’d just be happy if the company brought back Snake.