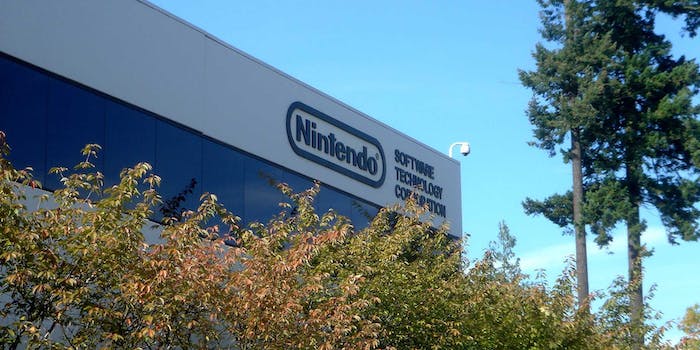 Photo via Jeff Dlouhy/Flickr (CC BY 2.0)

Nintendo is trying something new.

Nintendo is finally embracing the trend of smartphone gaming. The company on Wednesday announced its very first offering in that market, Miitomo.

The gae is a mix of Miis—the cute and customizable avatars popularized by the Nintendo Wii—and a social-networking experience. (“Tomo” means “friend” in Japanese.) Players create characters and then answer a series of questions that will help them communicate with one another.

The game will encourage players to talk to each other to create a full-blown social experience. It’s expected to use a free-to-play model, with premium add-ons available for purchase. Miitomo appears follow the typical Nintendo playbook in that it’s impossible to describe in a way that doesn’t sound ridiculous but will likely be fun once you start playing it.

The game will be part of Nintendo’s new membership service, Nintendo Account. It will provide a bridge between console and lower-end mobile titles, and it will extend to computers, too. Your game data will be tied to your account, letting you transfer it between devices via the cloud.

Nintendo’s pivot to mobile may be underway, but it’s likely to be a slow one. The company delayed its original Fall 2015 release target for Miitomo to March 2016. Those interested in joining Nintendo’s new mobile world can pre-register on Feb. 17.

Miitomo is the first of five Nintendo apps created in partnership with mobile developer DeNA. The companies plan to release all five apps by March 2017, with the remaining four being pay-to-play.