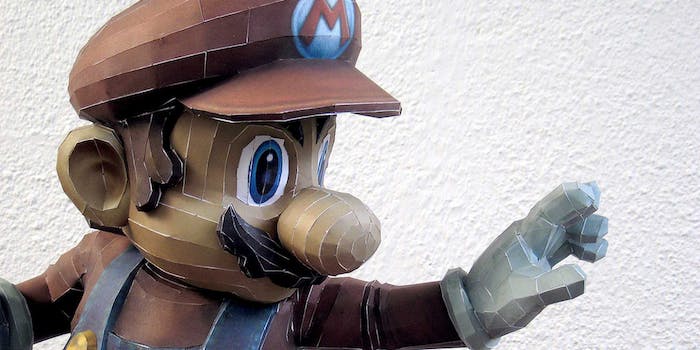 Nintendo is coming after makers of Let's Play videos, only the company isn't taking down their clips. It's only taking their money.

Nintendo is coming after makers of Let’s Play videos, only the company isn’t taking down their clips. It’s only taking their money.

For the unfamiliar, Let’s Plays—also known as LPs—are clips in which video gameplay is shown, oftentimes accompanied with audio commentary by the uploader. The most popular of these amass hundreds of thousands of views on YouTube, generating revenue for LPers who choose to include ads on their videos.

But now Nintendo wants in on the money. Since LPers are uploading videos that prominently feature its copyrighted content, the company can rightfully claim that any revenue produced by these videos belongs to them.

To be clear, this is different than Sega handing out takedown notices in November 2012 to any YouTube user who published a video featuring its Shining series. Instead, the Japanese video gaming company is issuing content ID matches, which gives them the right to monetize any video featuring its intellectual property. Nintendo probably wants LPers to keep making their videos showcasing its titles—because aside from providing free advertising for the games, the the LP videos are now generating YouTube ad revenue for the company.

It’s difficult to say how much money these ads are making—in March 2013, All Things D claimed that YouTubers could make as little as $2.50 per 1,000 views—but it can’t be more than peanuts to a company that’s worth billions.

But one large corporation’s chump change is another man’s livelihood, which is why many LPers are less than pleased with Nintendo’s decision.

One such individual is Zack Scott, who took to his Facebook page to air his grievances and to proclaim that he’s boycotting Nintendo, a company he loves, until they reverse their decision. He argues that LPers make other gamers want to purchase the titles they’re playing.

“Video games aren’t like movies or TV,” he states.

Scott’s videos have no doubt been a boon to Nintendo. The first part of his Luigi’s Mansion Dark Moon—seen below— has amassed more than 300,000 views on YouTube.

Mike Bithell, maker of the hit indie game Thomas Was Alone, seconds this argument. On Thursday, Bithell wrote a lengthy post explaining that his game saw a huge surge in sales after it was prominently featured in a YouTube video. The word of mouth generated by these types of videos is so great that indie developers should encourage, not stifle,  LPers from using their games.

“A new media for talking about games has emerged, which comprises an audience far in excess of existing channels,” Bithell points out.

Even Markus “Notch” Persson, whose company put out Minecraft, thought better of following in Nintendo’s footsteps.

We had a meeting with YouTube and got told we could get a cut of all Minecraft video ad revenue. It was tempting.

The sandbox indie game is a favorite amongst LPers, which no doubt led it to become increasingly popular amongst gamers.

For their part, Nintendo is staying largely quiet on the issue. The Daily Dot reached out to the video game company, but our request for comment has largely been ignored. We did speak to a Nintendo spokesperson who said that they would clarify this issue for us, but we’ve yet to hear back as of this writing.

The company did issue a statement to Game Front:

“As part of our on-going push to ensure Nintendo content is shared across social media channels in an appropriate and safe way, we became a YouTube partner and as such in February 2013 we registered our copyright content in the YouTube database. For most fan videos this will not result in any changes, however, for those videos featuring Nintendo-owned content, such as images or audio of a certain length, adverts will now appear at the beginning, next to or at the end of the clips. We continually want our fans to enjoy sharing Nintendo content on YouTube, and that is why, unlike other entertainment companies, we have chosen not to block people using our intellectual property.”

That cut-and-dry declaration, however, does not address the fact that the company is essentially taking money away from LPers.

Then again, Nintendo did report its first-ever annual losses in 2012 and 2013. Perhaps this is the company’s equivalent of looking through the cushions to find as much loose change as possible.