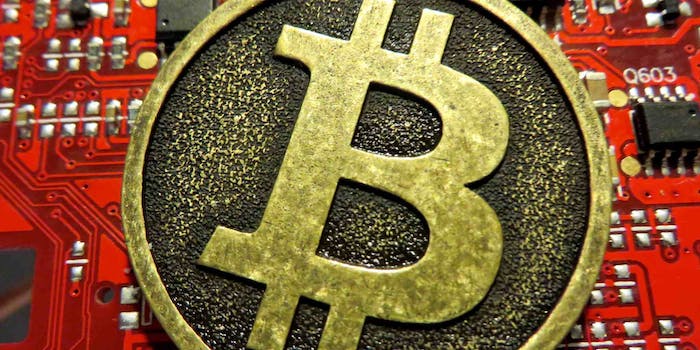 The hunt for Satoshi Nakamoto, the pseudonymous creator of Bitcoin, continues.

A new linguistics study from students and researchers at Aston University in the U.K. points to Nick Szabo, an American cryptographer who also obtained a law degree from George Washington University in 2006, as the most likely man to have written the Oct. 2008 white paper that introduced Bitcoin to the world.

Szabo has long been a prime suspect in the search for Bitcoin’s founder. Between 1998 and 2005, he developed a Bitcoin precursor called “bit gold.”

Szabo wrote in support of Nakamoto as early as 2011, even joking about other candidates for Nakamoto’s real identity, including Wei Dai or Hal Finney, both of whom created their own Bitcoin precursors.

“Our study adds to the weight of evidence pointing towards Nick Szabo,” Dr. Jack Grieve, a lecturer in forensic linguistics at the university and the study’s leader, wrote in a statement. “The case looks pretty clear-cut. Szabo is an expert in law, finance, cryptography and computer science.”

“The results showed that, of the 11, Szabo is by far the closest match,” Grieve continued in a statement, “with a large number of distinctive linguistic traits appearing in both the Bitcoin paper and Szabo’s blogs and other writings.”

Certain phrases, contractions, comma usage, and more writing clues were used to narrow down the candidates from hundreds of documents until Szabo was the clear choice. From the school’s press release:

The results showed that of the eleven Szabo is by far the closest match, with a large number of distinctive linguistic traits appearing in both the Bitcoin paper and Szabo’s blogs and other writings. This includes the use of: the phrases ‘chain of…’, ‘trusted third parties’, ‘for our purposes’, ‘need for…’, ‘still’, ‘of course’, ‘as long as’, ‘such as’ and ‘only’ numerous times, contractions, commas before ‘and’ and ‘but’, hyphenation, ‘-ly’ adverbs, the pronouns ‘we’ and ‘our’ in papers by a single author; fragmented sentences following colons and reflexive (-self) pronouns. In total hundreds of documents written by the eleven possible authors were considered, including over 40 academic papers written by Szabo which are available on his personal website.

Szabo, as well as Finney and Dai, have all denied being Satoshi Nakamoto in the past.

“Did Nick Szabo create Bitcoin?,” the study asks. “We’re not sure, but we think he probably wrote the paper so it’s certainly worth a closer look.”