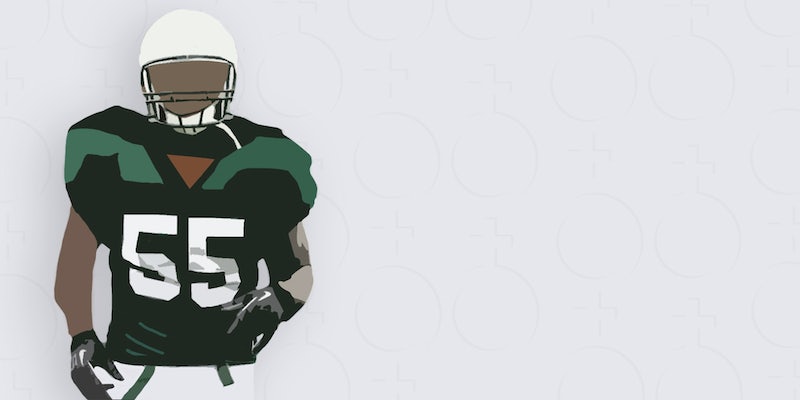 The charge stems from alleged “dissemination of images of a sexual nature to another person” without that person’s consent, Spivey added.

In an incident report and summary, the prosecutor’s office said the charges stem from a police visit to Cunningham’s home on Dec. 29. He consented to a search, and police found a handgun in his car. He’s also been charged with fourth-degree unlawful weapons transport.

In New Jersey, where Cunningham was arrested, the law against distributing sexualized images without their subject’s consent is one of the oldest and harshest on the books.

Cunningham was a regular starter in his first year after being drafted by the New England Patriots in 2010, but his playing time has since dramatically waned. He only played two games as a Jet in 2013, then tore his Achilles tendon in August 2014, which kept him from playing this season.

The Jets’ final game of the season was Dec. 28. As is standard practice in the NFL, the team’s ownership chose the first Monday after that game, the 29th, to fire their head coach, Rex Ryan, as well as general manager John Idzik.

Goldberg noted the conspicuous timing of Cunningham’s arrest. That he was also arrested that day is “a really interesting fact,” she said, “because it means the NFL and the Jets aren’t going to be super pressured about whether to suspend him.”

Cunningham’s contract expires in March, before the start of next season.

Correction: This story originally reported that Mike Tannenbaum was fired this year. In fact, the general manager the Jets fired in 2014 is John Idzik. Tannenbaum is the one the Jets fired two years earlier. We regret the error.