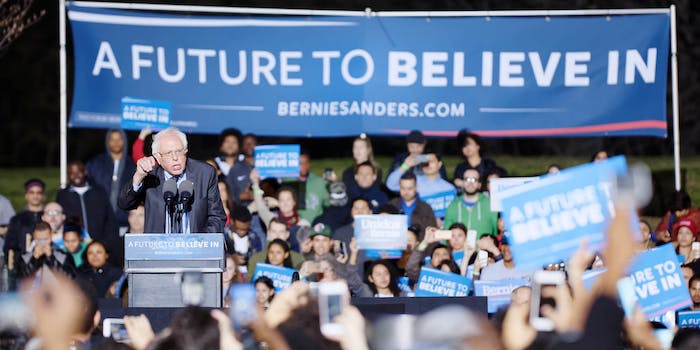 New York presidential primary back on schedule after ruling (updated)

Democrats in New York will get a chance to vote for their preferred presidential candidate this year after all.

On Monday, April 27, the New York State Board of Elections canceled the Democratic presidential primary due to coronavirus concerns.

Originally scheduled for April 28, the vote had been pushed to June 23, which will remain the election date for down-ballot races.

However, on May 5, a judge ruled the actions of New York state to be unconstitutional.

Lawyers for both Sen. Bernie Sanders’ (I-Vt.) and Andrew Yang appealed the New York State Board of Elections’ ruling, and a federal judge agreed with them.

As of today, the presidential primary is slated to go on, with the judge noting their is ample time to prepare.

According to NY1, Board co-chair Douglas Kellner said the election would have been “essentially a beauty contest” in the wake of Sen. Bernie Sanders (I-Vt.) suspending his campaign and clearing the path to the nomination for Joe Biden.

But Sanders and his supporters disagreed. In a letter sent before the ruling, the Sanders campaign urged the Board to keep him on the ballot and move forward with the vote. It points to Sanders’ intention to gather delegates despite his suspended campaign in hopes of “influencing the party’s platform” at the Democratic National Convention.

On Twitter, users criticized the Board’s decision to disregard Sanders’ candidacy, with some calling the cancelation undemocratic.

A primary held as-scheduled earlier this month in Wisconsin has since been linked to 36 cases of the virus, according to Politico.