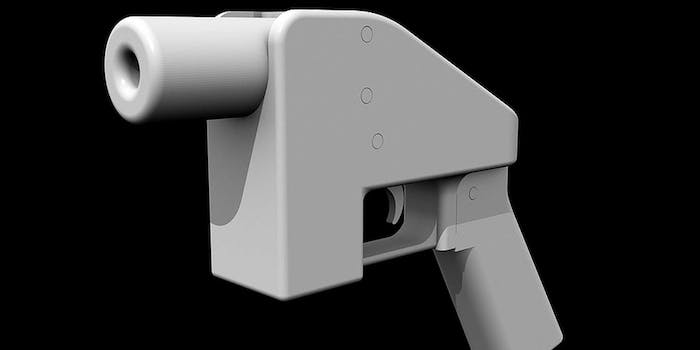 Both the New York City Council and the state legislature are considering proposals to crack down on home-printed firearms.

Bills have recently been introduced in both the New York City Council and the state legislature to ban the creation or possession of 3-D printable guns like the one recently developed by a self-proclaimed anarchist from Austin, Texas.

Earlier this week, New York City Council Member Lewis Fidler (D-Brooklyn), introduced revisions to the city’s administrative code that would make it illegal for anyone other than a licensed gunsmith to use a 3-D printer to create any part of a firearm. Under this proposed ordinance, any gunsmith creating a gun this way would have to notify the NYPD and register the weapon within 72 hours.

Under Fidler’s proposed law, 3-D printed guns would fall under the same regulations as other firearms, which includes serial number requirements and rules against destroying weapons.

“If left unregulated, these would be weapons without histories—potentially no identifying marks or sales histories,” Fidler told the New York Daily News. “We wouldn’t even know these weapons exist, until they were fired.”

This proposed city ordinance comes about a month after State Assemblywoman Linda Rosenthal, (D-Manhattan) introduced legislation in Albany, N.Y., that would make it a felony “for anyone to manufacture, sell or use guns or ammunition magazines made with a 3-D printer.” That legislation currently waits in committee, and is unlikely to be passed before the next legislative session, which begins in January.

Rosenthal, who chairs the science and technology committee, has been monitoring the issue of 3-D printable weapons for months and said it’s important for New York to be ahead of the curve on this issue. She told the Daily Dot that it shouldn’t take an actual crime committed with a 3-D printed gun to galvanize the state legislature into action.

“Frequently we see the law lags behind society and I don’t want that to happen in this instance,” Rosenthal said.

She added, “This could become a dangerous tool. We can’t have 3-D printed guns be in just anybody’s hands.”

Rosenthal’s bill already has 20 cosponsors who were no doubt stirred to action by the demonstration last month of the world’s first completely 3-D printed gun.

The gun was first fired by its creator, Cody Wilson, a 25-year-old law student who calls himself an anarchist. He and the rest of his team from Defense Distributed showed off the gun a day before releasing the downloadable plans online. The plans for the gun, which Wilson named “the Liberator,” were downloaded thousands of times within the first day.

Speaking to Epoch Times, Wilson criticized efforts to ban 3-D firearms in New York, saying it was an affront to “equal protection” and a violation of the Gun Control Act of 1968 and the National Firearms Act.

Under current federal law, it is legal for private citizens to manufacture certain types of firearms, as long as they comply with design specifications, are not fully automatic and are not resold. But one of the major hurdles to building a firearm at home has always been construction of the receiver, the part of the gun that houses the trigger and firing mechanism. To be a legal homemade gun, 20 percent of the receiver must be built by the individual assembling the gun.

This rule has always been in place to keep private citizens from simply ordering gun parts separately and assembling weapons at home. But 3-D printing technology easily removes this barrier.

“The technology is changing so fast,” Rosenthal said. “It’s fascinating that you can even print actual products.”

And that very technology is what could make enforcement of a 3-D gun ban so difficult. After all, Rosenthal generally favors the technology behind these weapons, and there’s no legislation currently in place to limit ownership of 3-D printers. Rosenthal is aware that even with a law on the books, 3-D guns will likely still find their way into existence. But she hopes the law-abiding nature of most citizens will keep the number of such firearms lower.

Rosenthal and Fidler are hardly the first lawmakers to call for regulations or outright bans on 3-D printable firearms. Even before the first workable prototype was fired, members of Congress were calling for national ban on these kind of weapons. And a national poll released last month showed that 68 percent of American’s thought it was a bad idea for individuals to be able to print guns in their own home.