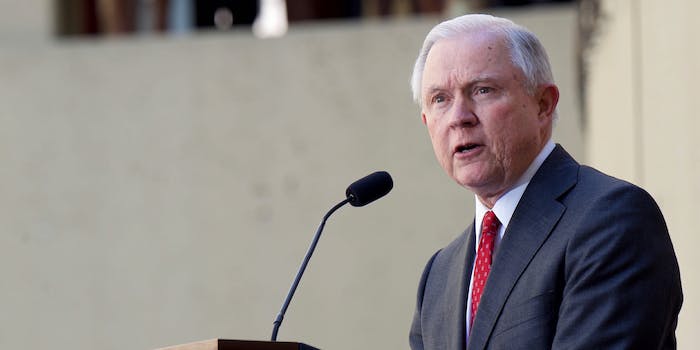 If appointed, the special counsel would probe the Clinton Foundation and the Uranium One deal.

Attorney General Jeff Sessions may appoint a special counsel to investigate the so-called Uranium One deal, which some on the right point to as evidence of wrongdoing between Russia and the Clinton Foundation.

The Washington Post reports that Sessions has considered the move after Rep. Bob Goodlatte (R-Va.) called on the Justice Department to appoint a second special counsel to investigate Hillary Clinton’s use of a private email server, the Clinton Foundation, and the Uranium One deal. Former FBI Director Robert Mueller was appointed special counsel earlier this year to investigate Russian interference in the 2016 election and other related matters.

Assistant Attorney General Stephen E. Boyd responded to Goodlatte and said Sessions has “directed senior federal prosecutors to evaluate certain issues raised in your letters” and would consider if “any matters merit the appointment of a Special Counsel.”

The Uranium One deal was approved in 2010, when Clinton was secretary of state under former President Barack Obama. The deal has been scrutinized by Republicans for alleged Russian interests seeking to donate to the Clinton Foundation in order to persuade her to support the deal. The claims have been unproven.

In 2010, Rosatom, a Russian nuclear energy company, acquired Uranium One, a Canadian company that controlled mining licenses for about 20 percent of the United States uranium.

There is also no evidence that Clinton participated in any of the discussions about the deal.

Notably, President Donald Trump has been critical of the deal, posting a series of tweets earlier this month asking why the Justice Department and Federal Bureau of Investigation were not “looking into all the dishonesty going on with Crooked Hillary and the Dems.”