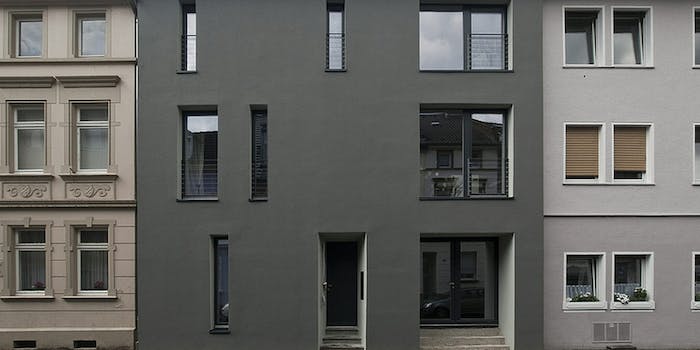 7 affordable gadgets to transform your house into a smart home

The Internet of Things is getting a lot more accessible.

If you saw Smart House, the first half-hour probably seemed like the ideal vision of the future. Forget time-travel, flying cars, or bionic robots. The 1999 Disney film promised a house fully-automated to perform every menial chore and task.

The inhabitants of Smart House never had to wash a dish, run out of milk, or worry about mixing colors and whites ever again. PAT (short for Personal Applied Technology), the artificial intelligence system with a 1950s housewife persona, took care of everything, from telling you the weather to suggesting new television shows.  Before the millennium, long before we had Siri, Netflix, Spotify, Seamless or Jawbone, PAT was all these things, all at once.

And then, in a bizarre Orwellian twist, PAT became too much. Without giving away any spoilers, Smart House serves as a campy polemic about the perils of our over-reliance on technology—a warning that, even back in 1999, was hard to take seriously, and in 2015 seems almost quaint.

Luckily, the Internet of Things has been around for a few years and has yet to take over anyone’s life, at least unwillingly. And in the past couple of years, a handful of startups have emerged to turn smart home tech from a luxury good to something accessible for the average consumer. Vacuuming robots, coffee pots you can set with your smartphone, and self-watering pots for your plants are no longer just for Silicon Valley moguls and their ilk.

Here are a few new Internet of Things gadgets that will upgrade your life without breaking the bank. What if you could turn on your phone or laptop into a security camera? Or use it to turn on your lights or television? Perch is a free app that connects devices you already own for both home monitoring and automation. You can make sure your kids are really doing homework like they say they are or turn a light on in your living room to avert burglars when you’re working late at the office.

Perch CEO Andrew Cohen told Daily Dot the inspiration for a home monitoring system came to him after a renter took over his place. “I looked on Airbnb and discovered our own house was on the listing,” Cohen recalled.

Following that incident, Cohen decided to create his own ad hoc surveillance system, sans video. He installed a number of magnetic sensors throughout his property, including the doors and windows. Rather than soothing his paranoia, the end result ended up contributing to it. “I found out my front door had been opened 16 times in the span of three hours,” Cohen said. It turned out just to be his kids playing. It was then Cohen realized that video had to be an important component of Perch.

Cohen, formerly of link shortener bit.ly, teamed up with a group of bit.ly co-workers to develop Perch out of the Samsung Accelerator. With Perch, Cohen wanted to take a software first approach to the Internet of Things and create an open system with no proprietary hardware. In short, Perch works with the devices you already have. There’s no need to shell out for a special Perch webcam or magnetic sensor. A forthcoming premium version of Perch will offer video storage for a fee, but the beta version includes seven days of free video storage.

Another perk of Perch is that allows you to communicate through its interface by video chat. Is your dog chewing up your furniture? Are your kids watching television at 3pm when they’re supposed to be doing homework? With Perch,  you can fire up a video chat and tell both parties to quit.

Currently the Perch app is only available for Android devices, though plans are in the works for an iOS version. Perch is available for free on Google Play.

Chilies don’t always have to be an intense red or green: there are many yellow varieties, including the ‘hot lemon’, which takes its name from the yellowest fruit of all. Chilies of this color are great when fried or used to make jellies. #clickandgrow#clickandgrowme#click#grow#green#plants#environment#uae

Emberlight will increase the I.Q. of the lighting system you already have. Its Wi-Fi- and Bluetooth-enabled smart light socket will turn any dimmable light bulb into a smart light. Using your smartphone, you can adjust the lighting of your entire house or a single room. 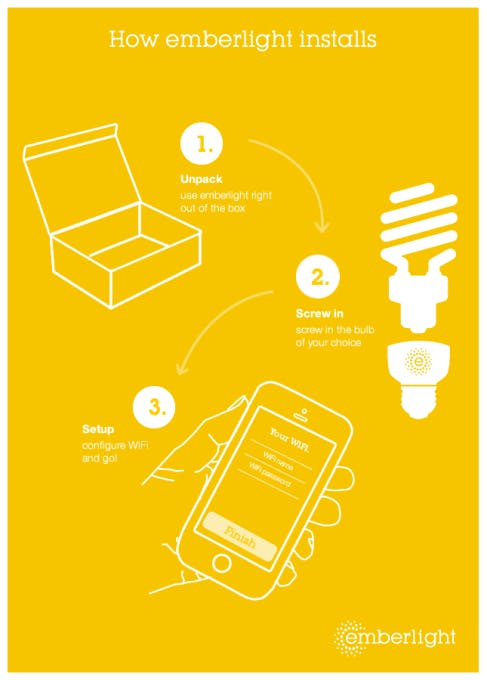 Dim the lights in the living room while you relax in the evening, or time them to turn off or on at different points in the day. Emberlight can also automatically turn your lights on for you when you arrive home.

Emberlight is available for pre-order at $49 per socket. 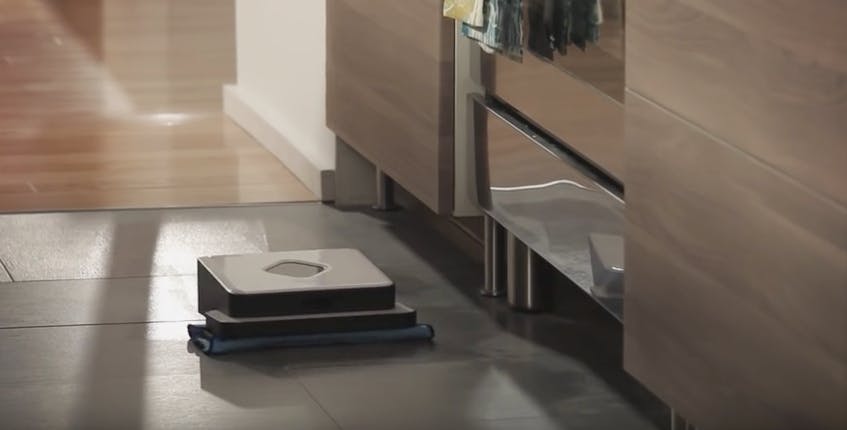 The best vacuuming robots are notoriously pricey. The Roomba 980, which is Wi-Fi-enabled so you can set it to clean while you’re at work, is priced at a staggering $899.99. Thankfully for the budget-conscious, cheaper electronic home cleaners exist, especially for those who don’t have carpets. The iRobot Braava 380t, made by the same company that produces the Roomba, is moderately priced at $269.99, and it’s smart enough to avoid stairs and area rugs. The Braava 380t uses microfiber or disposable cleaning cloths to pick up dirt, dust, and hair from your floors. It dispenses its own cleaning solution and can “damp mop” an area of 350 sq. feet for two-and-a-half hours. It can also “dry mop” an area of 1000 sq. feet for four hours. 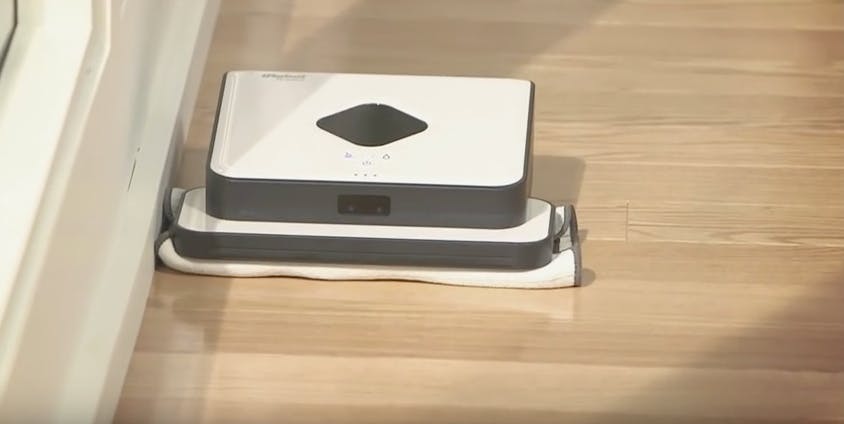 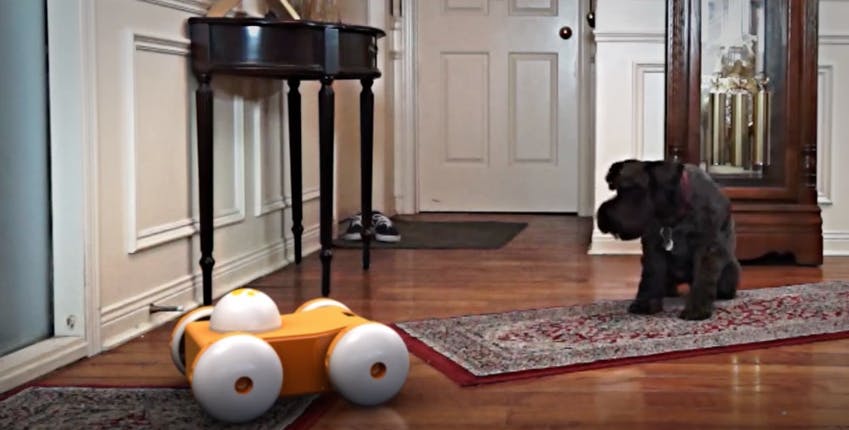 If long hours at the office are keeping you from spending time with Rover, a robotic dog sitter by the name of Pawly can help. The roving robot has a built-in microphone, speaker and high-defnition camera.

Dog (and cat) owners can check in on their pets while they’re away. Pawly lets you speak to, take photos of, and roam around the house with your pet. Pawly also includes a laser beam, a treat dispenser, and a ball launcher. 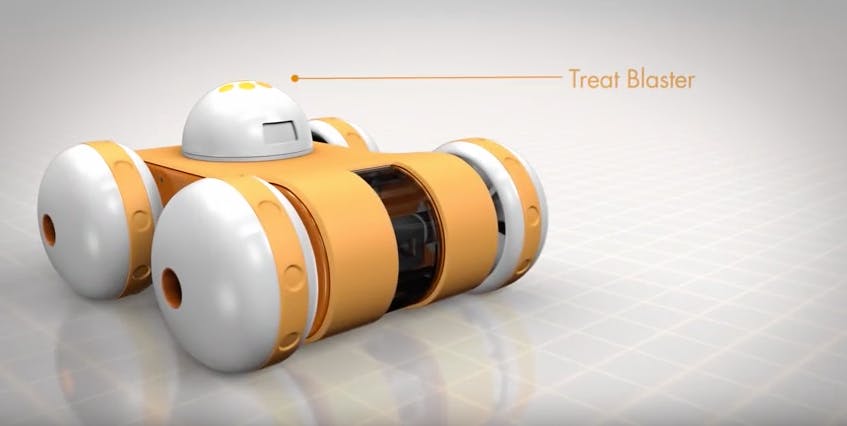 The makers of Pawly told the Daily Dot that the robots will be $199, and they hope to make them available for purchase in mid-to-late 2016. You can sign up for Pawly’s mailing list to get updates. 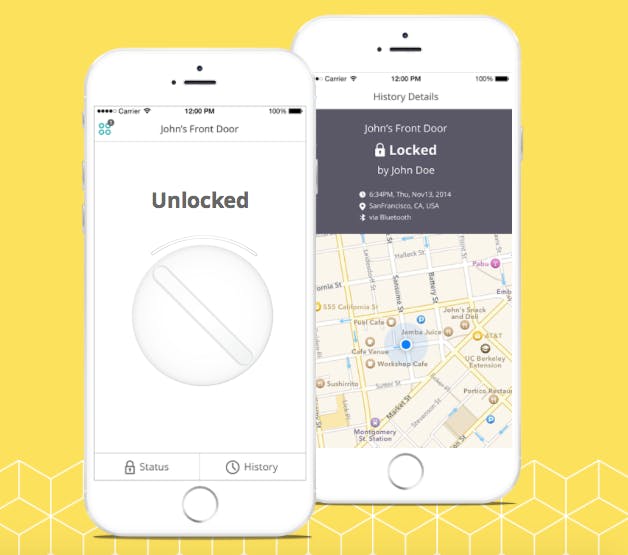 Fancy smart locks that run upward of $200 now have a low-budget competitor. Sesame is an easy gadget that attaches to your existing lock. You can lock and unlock your door through the Sesame app on your smartphone. The app has several useful features, such as letting you check to see if you remembered to lock your door and sending you a notification whenever your door opens or closes. 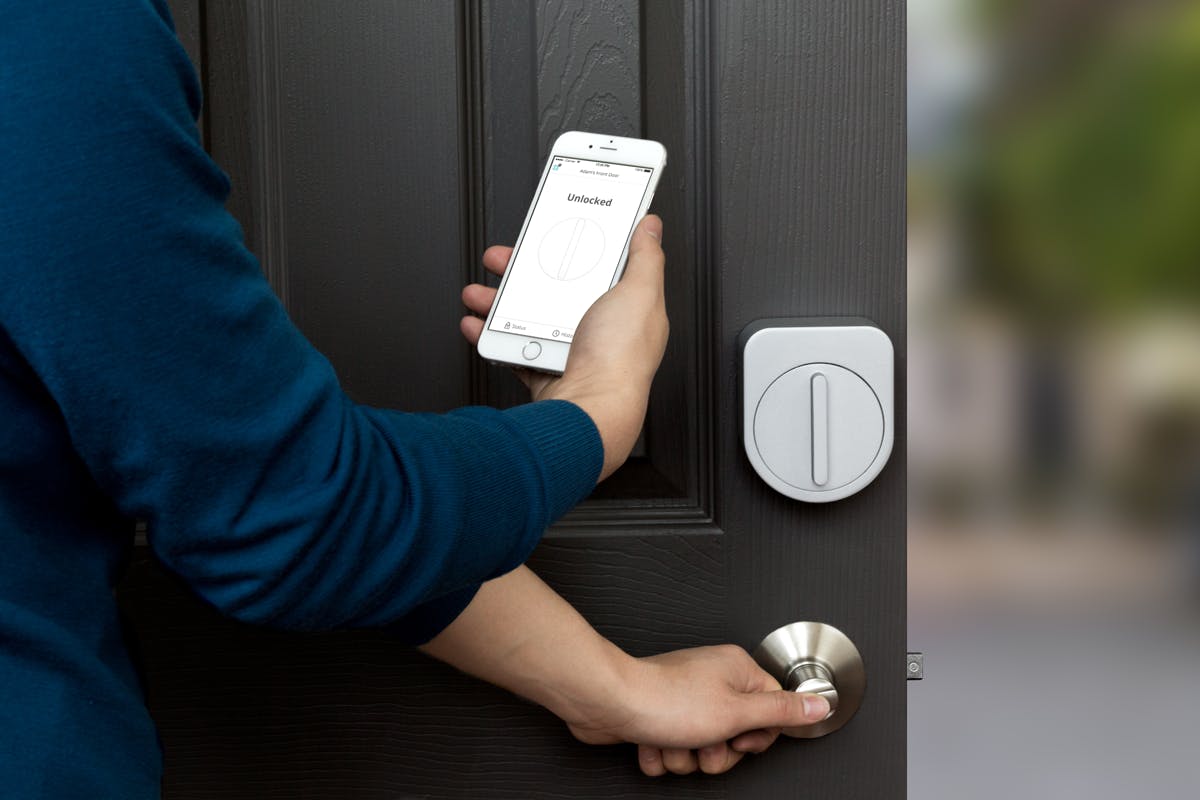 A Sesame lock with Bluetooth capability is priced at $99, while a Wi-Fi-enabled Sesame lock is $149. Sesame is currently available for pre-order, with an estimated shipping date of November 2015. 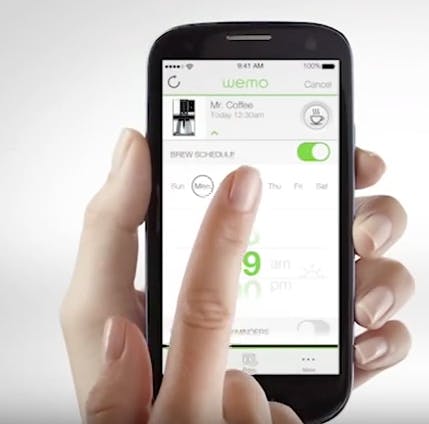 If you’re sick of fiddling with your coffee maker in the early hours of the morning, try a coffeemaker that allows you to brew from bed.

The Mr. Coffee Smart Optimal Brew Coffeemaker with WeMo lets you schedule brew times, sends you a notification when the coffee is ready, and even reminds you when to change your water filter. Just download the WeMo app, which is available on both iOS and Google Play, to open up your coffeemaker’s new Wi-Fi capabilities.

The Mr. Coffee Smart Optimal Brew Coffeemaker is available for $134.96 at Amazon.

Taken as a whole, it’s not quite Smart House, but it’s close.

Photo via Hans Drexler/Flickr (CC by 2.0)