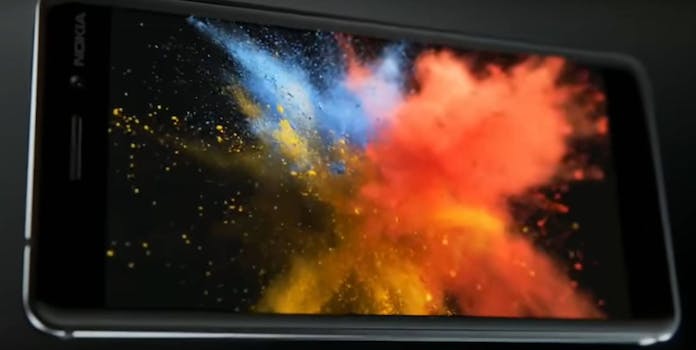 Nokia is back with the launch of a new Android smartphone

Nokia’s beloved brick phones never broke, but they did disappear. A casualty of the disruptive iPhone and some poor upper-management decisions helped bring the once-leading mobile manufacturer to the end of its reign.

But the Finnish company, now under the wings of HMD, is well on its way to mounting a comeback and has a new phone to show off.

To the relief of many, the Nokia 6 will run Android 7.0 Nougat. However, the company’s first Android effort will only be available in China.

The smartphone has a 5.5 inch, 1080p display, covered with slightly curved 2.5D Gorilla Glass. It is powered by a Qualcomm Snapdragon 430 processor and comes equipped with 4GB of RAM and 64GB storage. Images will be captured on Nokia’s famed 16MP rear-facing and 8MP font-facing cameras, both sporting an f/2.0 lens.

Nokia’s phones are legendary for their dependable durability, and it seems HMD is doing all it can to ensure the brand retains that reputation. The company says it takes 55 minutes to machine a single Nokia 6 from a solid block of 6000-series aluminum. The phones receive two separate anodizing processes, which take more than 10 hours to complete before being polished no less than five times.

The mid-tier Nokia 6 will go on sale early this year for around $250 on JD.com, exclusively in China.

HMD said in a release that its decision to launch the phone in China is due to the growth in demand for smartphones, where the number of users is expected to reach 593 million this year.