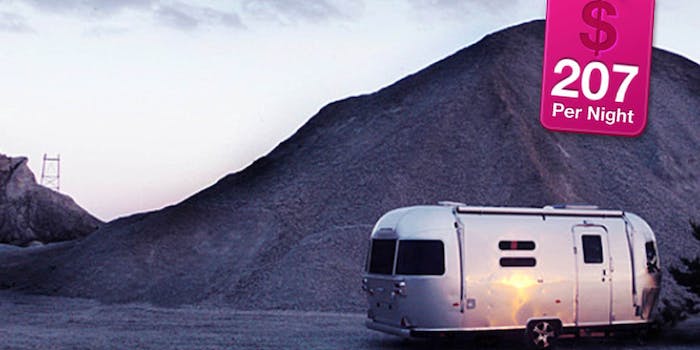 Make sure you're covered before you rent out that extra room.

Airbnb is the face of a growing industry. The sharing economy is a very real, very volatil thing, and Airbnb has found itself at the forefront of a market that people are embracing, and governments are fighting.

The company recently updated its terms of service, changing some of its regulations to keep up with its rapid growth (and in part to comply with regulations). Because way too few of us actually read a company’s terms and conditions, and these concern your wallet and the safety of your home, we’ve broken down the important updates here.

Airbnb is about to begin imposing a hotel tax. This is to please governmental bodies angered by losing tax dollars from people who choose Airbnb over staying in a hotel. The hotel tax isn’t set in stone, but the company will most likely begin imposing it in San Francisco and Portland, Ore. (where it’s partnering for the first Shared City plan).

Airbnb states in its new terms that the host needs to research laws and regulations for home rental before posting a listing to the website. Basically, if your city, building, or landlord has some sort of rule against renting out your apartment (which happens often; FYI renters, most of you cannot use Airbnb) you can get charged a bunch of money for breaking the rules. This section is in all caps so that if you actually do scan through the new terms, you’ll see the importance of knowing the laws before posting a listing.

Big difference #3: You’re on your own

There is a disclaimer that clarifies that the risk that comes with renting lies with you and not with Airbnb. The Host Guarantee still exists, and it covers up to $1 million in damages to a residence, but Airbnb clarifies in the new terms that it will cut the amount it pays by the same amount you receive from your insurance in covered losses. This “at your own risk” mentality is consistent throughout the terms, which makes sense now that the company is becoming so large that it can’t micro-manage problems with individual owners and renters.

All hosts have to agree with the new terms by April 30 to continue using Airbnb. The $10 billion company is now worth more than all U.S. hotel chains so it must be doing something right. It’s not likely that the new terms will change much, but it’s important that users are aware of the changes to avoid fees. Or you know, getting evicted.

Photo via philcampbell/Flickr (CC BY 2.0)