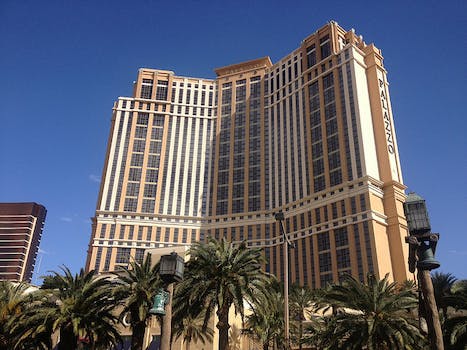 Nevada ushers in “next frontier” of online gambling

Nevada Gov. Brian Sandoval signed into law a bill that would allow his state to circumvent current federal bans on online gaming by entering into compacts with other states for the purpose of facilitating online gambling.

Soon, gamblers will no longer have to book a room at the Bellagio, the Luxor, or the MGM Grand to play a few hands in Vegas.

Last week, Nevada Gov. Brian Sandoval signed into law a bill that would allow his state to circumvent current federal bans on online gaming by entering into compacts with other states for the purpose of facilitating online gambling.

“This is an historic day for the great state of Nevada,” Sandoval told reporters last week. “Today I sign into law the framework that will usher in the next frontier of gaming in Nevada.”

The Nevada bill, along with news that New Jersey Gov. Chris Christie is poised to sign a similar legislation this week, is already having a significant impact on Wall Street. On Monday, social-gaming giant Zynga posted a 15 percent gain to $3.67 in the first hours of trading in New York. Bloomberg News reports that this is the company’s largest intraday gain since Feb. 8.

Zynga’s stock had already been on the rise before Monday, gaining 35 percent since the start of 2013, but experts say Zynga and other social gaming companies could see their fortunes rise even higher as U.S. laws begin to bend to the seemingly unstoppable force of Americans’ desire to bet real money online.

Zynga is one of more than 20 companies that have already filed a preliminary application with Nevada to commence online gaming operations. Until now, the San Francisco-based company has had to settle for selling in-game virtual goods, due in part to several federal statutes that have prevented the wagering of real money in online games, most notably the Unlawful Internet Gambling Enforcement Act of 2006. The gambling enforcement act shut down many of the country’s most popular online gambling sites when enforcement began in 2011.

But the UIGEA has left some critical loopholes that international casinos and state legislatures are trying to exploit. In the last year, there has been a major surge in online gaming using the decentralized, virtual currency Bitcoin (making use of the fact that the UIGEA prohibits U.S. banks from funneling money into online gaming operations while not necessarily banning the act of online gaming itself).

Nevada—and likely soon New Jersey—are hoping to take advantage of a different loophole, however. Nevada previously failed to get permission from the U.S. government to offer online poker to other states across the country, but this new bill allows Nevada to engage other state governments directly to form compacts that would allow virtual gaming across state lines.

Legislative supporters of the bill in Nevada say this is critical. Despite the fact that online poker has already been available in Nevada for a year, no online gaming companies have bothered to set up shop, since the pool of online gamers in that state is too small. This new legislation is aimed at expanding the customer base to those who don’t have access to brick-and-mortar casinos.

“(T)hat’s really the issue for us,” Nevada Resort Association lobbyist Pete Ernaut told the Las Vegas Review-Journal. “It’s imperative for the success of this that we compact with other states because we don’t have a universe of players. So for us, what we get to offer to a state like California or Texas, is that we have the most mature regulatory infrastructure. We have the most mature financial, auditing and collection capabilities, much greater than some of those states, and they have the players.”