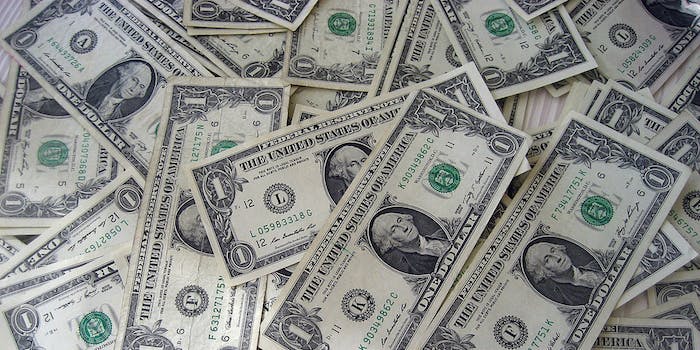 It’s still the most affordable way to spend a Friday night.

Netflix has raised its streaming price by $1 a month for new subscribers.

If you’re dying to see the second season of Orange Is The New Black but you broke up with the person who gave your their Netflix password, looks like you’ll have to shell out $9 a month instead of $8.

New Netflix customers in certain international markets will also see an increase, with prices in the U.K. jumping by £1 to £6.99, and new subscribers in mainland Europe paying €8.99 per month, a €1 increase.

Current subscribers will not have to pay an increased price for at least two years, which means those of us who spend most of our weekends binge-watching Law and Order: SVU won’t have a price jump until 2016.

Netflix announced last month that it was planning a price increase, to pay for the cost of producing original series like OITNB and House Of Cards. A $1 price increase to see more of Jenji Cohen’s fantastic prison narrative seems like a completely reasonable hike, but Netflix has reason to be cautious. In 2011, the last time the company raised its prices, people freaked out. It lost 800,000 customers in a few months because people were upset about the 60 percent price increase.

So this time, Netflix is upping its prices slowly. This is especially important because the streaming entertainment competition is far more intense than it used to be. Netflix is still the dominant streaming service, but Amazon is going full-throttle with streaming hardware and its own slate of original programming. Oh, and it recently scored a streaming coup by inking a deal with HBO.