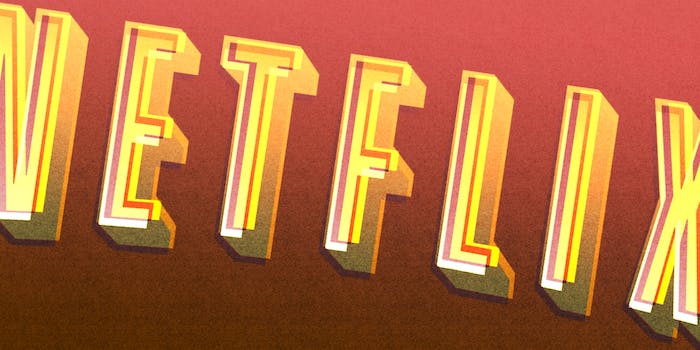 One major group is getting left out of the benefits.

Netflix recently announced a new parental leave policy that would allow employees to take up to a year of paid time off after a birth or adoption of a child. The policy was lauded in the press and across the industry as a huge win for its potential to inspire similar measures in the private sector.

However, one major group is getting left out of the benefits: Hundreds of workers in Netflix’s (still here) DVD-by-mail business do not get the benefit. Now these employees are protesting, the AP reports.

There are about 450 temporary or full-time workers in Netflix’s DVD service, which makes considerably less money for the company than the Internet streaming service, with just 5.3 million subscribers compared to 65 million streamers. Workers in this division are paid lower—some make $15 per hour—than engineers with upward of $200,000 salaries.

Multiple organizations have launched petitions asking Netflix to apply the policy across the board. Women’s rights group UltraViolet criticized the company for leaving out employees “who need parental leave the most.” And Coworker.org’s petition says “it’s wrong for Netflix to create two classes of employees.”

In a statement to the AP, Netflix defended its policies: “We are regularly reviewing policies across our business to ensure they are competitive and help us attract and keep the best employees.”