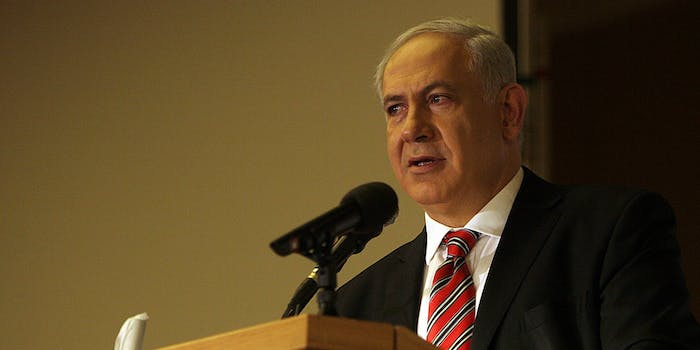 Bibi is the conservative leader Republicans have longed for.

Just how much do the Internet’s conservatives support Israeli Prime Minister Benjamin Netanyahu, who gave a “partisan” speech to Congress Tuesday?

They go much farther than just using the Twitter hashtag #IStandWithBibi.

For many on the far right, taking sides on the issue of whether Netanyahu should even be speaking at Capitol Hill has more to do with being anti-President Obama than it does being pro-Israel.

Using Twitter, they’ve made one thing clear: they really, really wish Netanyahu would extend his Washington trip for about, say, four to eight years.

@alenesopinions @PolitiBunny Now enters the leader our US longs for! I am standing and applauding from my living room. #IStandWithBibi

Ironically, the beginning of Obama’s presidency was filled with accusations from the far right questioning his American citizenship. For some, the idea of having a foreigner president isn’t such a bad idea after all.