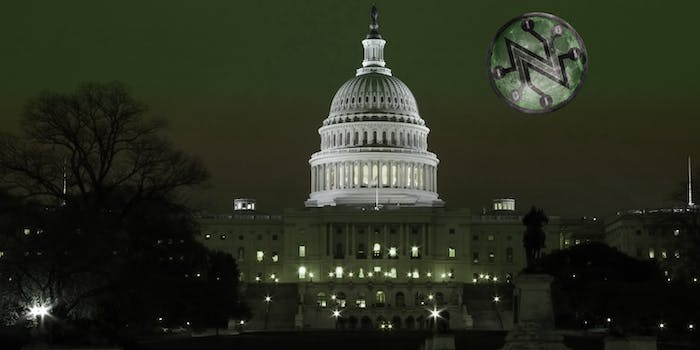 How to protest the FCC’s hybrid plan for Internet ‘fastlanes’

Fight For the Future is asking people to gather tonight at nearly two dozen government buildings.

On its Battle for the Net website, activist group Fight for the Future (FFTF) explained how the evening vigils would work: “We are asking people to gather in the evening at government buildings and hold their glowing cell phones, laptops, and tablets aloft to shine light on the growing corruption in DC and demand real net neutrality.”

The protests will include a gathering outside the North Lawn of the White House in Washington, D.C., as well as meetups at city hall in Houston, Texas; the AT&T Building in Worcester, Mass.; Federal Plaza in Chicago, Ill; and Comcast headquarters in Philadelphia, Penn.

In its announcement on Tumblr, FFTF said its protests would signal to the FCC that the hybrid plan is unacceptable. It said the proposal would allow “corrupt, discriminatory ‘fastlanes'” that would “fail to protect Internet users from censorship and discrimination.”

The FCC’s proposal would regulate part of the transmission of Internet data under Title II of the Communications Act, meaning it would treat Internet packets like a public utility while they are in transit from a content company like Facebook to an Internet service provider (ISP) like Comcast. Once the packet reaches the ISP, however, the FCC’s regulation would slacken. The ISP’s subsequent transmission of the packet to the consumer would be regulated under the lighter-touch of Section 706 of the Telecommunications Act of 1996.

A diverse coalition of open Internet activists has echoed FFTF’s call for the FCC to abandon this approach.

An FCC “hybrid” proposal that grants net neutrality rules for Internet companies but not users is unacceptable https://t.co/OFMyTbYaqW

“The coming days,” the Battle for the Net website says, “are critical to show President Obama and his FCC chairman that the public will accept nothing less than lasting net neutrality through Title II reclassification.”