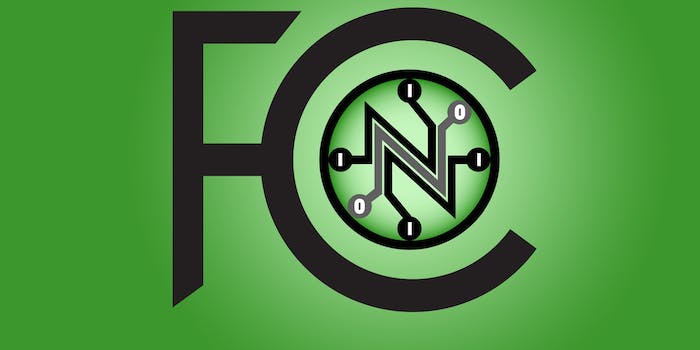 The law is clear: The FCC must reclassify Internet service providers, or net neutrality is dead.

People working on net neutrality wish for a “third way”—a clever compromise giving us both network neutrality and no blowback from AT&T, Verizon, Comcast and others. That dream is delusional because the carriers will oppose network neutrality in any real form; they want paid fast lanes. They have expressed particular opposition to “Title II” of the Communications Act—something telecom lawyers mention the same way normal people might reference the First or Second Amendments. Title II is the one essential law to ban paid fast lanes.

All legal “third way” proposals have struck me as legally flawed and too clever by half. Let me explain why: Current law sets up an either/or, without much possibility of a third way. We have two very different paths and have to pick one.

Laws usually include a definition of some thing and then apply rules to that thing. Drug laws, for example, might define what “drugs” are. Insurance or securities laws define “insurance” and “securities.” Then the laws apply rules to the things defined as drugs, insurance, or securities. You can look at the legal definition of drugs and know that peanut butter and automobiles aren’t drugs. Because they’re not drugs, the legal requirements on drugs don’t apply. If an agency has authority over both food and drugs, but decided both peanut butter and Viagra are not “drugs,” then the agency could not apply drug laws to either of them. It would likely have to declare Viagra a “drug” to regulate it as a drug, and peanut butter a “food” to regulate it as a food.

The telecom laws are like that too. In January, a court in a decision called Verizon v. FCC struck down the network neutrality rules adopted by the FCC in 2010. The court said that Title II of the Communications Act regulated some companies as “common carriers.” What is a common carrier? A common carrier is a company “forced to offer service indiscriminately and on general terms.” Common carriers cannot engage in “individualized bargaining.” Think about cabs, which are generally common carriers. For example, according to most state laws, cabs are not permitted to refuse to drive anyone and must charge the same prices, instead of discriminating and deviating from their uniform meter. Common carriers have included landline phone companies, mobile phone companies, DSL service (until 2005), and also railroads, grain elevators, and taxi cabs.

These are the parts of Title II that require common carriers in communications to serve everyone and not discriminate among users. (The full provisions provide even more detail.)

According to the court decision in January, services subject to Title II are subject to these provisions.

Here’s how the Court got there in plain English: It’s just like the Viagra example above. Ten years ago, the FCC said that Internet service providers (ISPs) aren’t common carriers. Therefore, the FCC can’t regulate them as if they were.

Because the FCC decided that ISPs are not “telecommunications services” by law, Title II’s common carrier requirements of reasonable charges and nondiscrimination etcetera do not apply to Verizon, AT&T, and Comcast right now.

According to the court in January, the operative legal language making it a binary decision is this:

The court’s decision on this point is a really important development. Four years ago, when the FCC adopted its 2010 Order, the FCC didn’t know this binary existed. All it knew was that a few provisions of the law (such as Section 230) could not sustain network neutrality. In 2010, the FCC could believe that perhaps many provisions could work (other than 230 and a few others). It could treat “Title II” as the “big guns.” After the Verizondecisionthis January, we realize no provisions other than Title II would work. They’re the only guns.

So we know that (a) Title II services are regulated as common carriers and (b) other services cannot be. A simple binary.

And to finish off the analysis: Is network neutrality a common carrier regulation?

Yes, by law. The court in January made that clear: Network neutrality is a common carrier regulation. It is common carrier regulation because it requires ISPs to offer indiscriminate and general treatment for all websites. Net neutrality means no paid fast lanes and slow lanes. The court said that, with the FCC’s 2010 language on fast lanes, “we see no room at all for ‘individualized bargaining.’”

Unless the FCC relies on Title II, it must permit fast lanes, slow lanes, discriminatory exemptions to bandwidth caps and all the other stuff AT&T, Comcast, and Verizon always wanted.

Still, the FCC Chairman keeps suggesting that the FCC can force the carriers to offer the same terms to everyone and can ban fast lanes under Section 706, without relying on Title II. It’s obvious from the January decision that forcing them to offer the same terms would be common carriage and therefore illegal. Any rules not adopted under Title II will either authorize massive network discrimination and “individualized bargaining” between ISPs and all websites—or be struck down.

If we want a rule against discrimination and against new access fees, we need Title II. There is no legal third way.

Marvin Ammori is an American lawyer specializing in net neutrality and other legal issues related to technology and the open Internet. He serves as an Affiliate Scholar of the Stanford Law School Center for Internet & Society and an Affiliate of the Yale Law School Information Society Project. He is also a Term Member of the Council on Foreign Relations and a Fellow of the Americas Business Council Foundation. This article originally appeared on his personal website, Ammori.org.