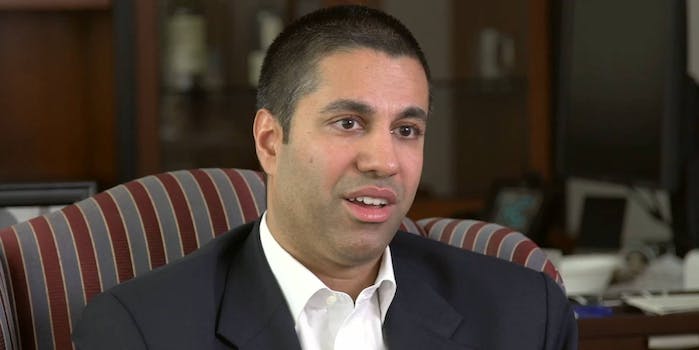 Ajit Pai this week began circulating a plan that would weaken net neutrality transparency requirements in an effort to help small businesses.

The FCC passed net neutrality rules in 2015 that required big network providers to tell customers about data caps, fees, speeds, and other info, with a goal of providing transparency between consumers and businesses. Attached to those restrictions was a small business owner’s exemption, which kept businesses with fewer than 100,000 customers from submitting the extensive amount of information required of larger operations.

The recently expired exemption now wants to be extended and expanded.

Pai released a proposal that would see the small business owner exemption extended for five years and available to businesses with fewer than 250,000 subscribers.

“Last month, the small business exemption from the Title II Order’s expanded reporting requirements expired,” the proposal states. “That lapse left thousands of our nation’s smallest and most competitive Internet service providers… worried that they would be subject to unnecessary, onerous, and ill-defined reporting obligations.”

This is surely the first of what will be many ideas to bring net neutrality laws to their knees, and could create a rift between the White House and many top tech executives.