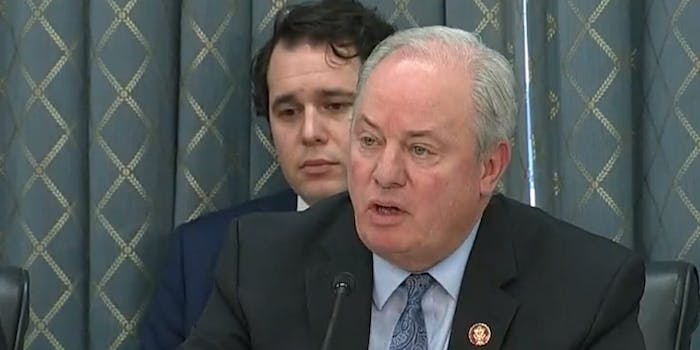 The newly introduced 'Save The Internet Act' will be discussed.

The House Energy & Commerce Committee’s communication and technology subcommittee will host a legislative hearing for the “Save The Internet Act” today. The bill, which was introduced last week, would undo the repeal of net neutrality.

Rep. Mike Doyle (D-Penn.), the chairman of the subcommittee, sponsored the House version of the “Save The Internet Act.” The bill would undo the Federal Communications Commission’s (FCC) repeal of net neutrality and reinstate the 2015 Open Internet Order, the FCC rules that enshrined net neutrality.

During the bill’s unveiling, Doyle said the “Save The Internet Act” would “enact true net neutrality protections by codifying the FCC’s 2015 Open Internet Order as a new free-standing section of law that would ensure the internet remains an open platform for innovation and competition.”

The hearing is scheduled to start at 10am CT. It’s titled “Legislating to Safeguard the Free and Open Internet.”

During the last net neutrality focused subcommittee hearing last month, there appeared to be some consensus among members of Congress about trying to work toward a solution. However, Republicans offered up a number of bills that did not classify internet service providers (ISPs) under Title II of the Communications Act.

The “Save The Internet Act” would put ISPs under that classification, as the bill undoes the FCC repeal and restores the 2015 Open Internet Order.

How to watch the net neutrality legislative hearing

The House Committee on Energy and Commerce will have a live stream of the subcommittee hearing on its website.