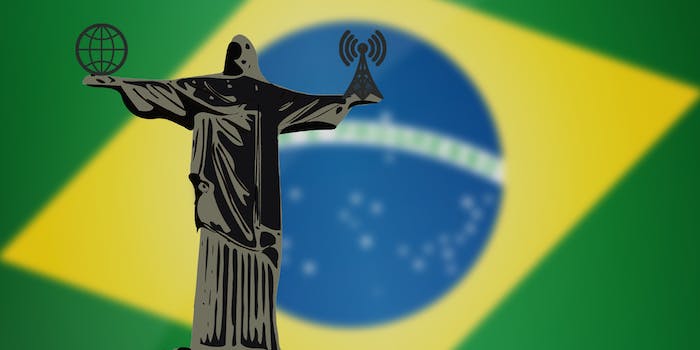 The U.S. is losing its grip on Internet governance at Net Mundial

"Surveillance ought to be stopped—it’s a global disease.”

Right now, representatives from 170 nations and other major industry players are trying decide the future of the Internet. But only one thing is certain at the NETMundial Internet governance conference: the United States is, after decades of leadership, being pushed into the back seat.

The “global multi-stakeholder meeting on the future of Internet governance,” as it is referred to in print, is a two day conference in São Paulo, Brazil, that started Wednesday with two goals: “Focusing on the elaboration of principles of Internet governance and the proposal for a roadmap for future development of this ecosystem.” Translation: They are trying to figure out who will run key aspects of the global Internet, and how that will happen.

No one is sure what the outcome of the gathering will be, but according to sources inside the meeting, the likelihood of concrete changes immediately taking place is very slim.

While enthusiasm has reportedly been high, NETMundial hasn’t been without its moments of contention. The U.S. government, especially, now has far fewer friends when it comes to the Internet thanks to its intelligence community’s propensity for spying on nations that it later has to sit next to at international functions, such as NETMundial. Even Tim Berners-Lee, inventor of the World Wide Web, referred to U.S. government surveillance as more insidious than censorship because “you don’t see it happening.”

In São Paulo, there was no greater voice against the continuation of mass government surveillance than that of the Brazil’s president Dilma Rousseff. In her opening speech, Rousseff began by thanking those in attendance and segued immediately into last year’s NSA revelations—though she did not mention them by name.

“In Brazil, citizens, companies, diplomatic representations, and even the presidency of the republic itself were targeted and their communications intercepted,” President Rousseff said. “These events are not acceptable, were not acceptable in the past and remain unacceptable today, in that they are an affrontement against the very nature of the Internet as a democratic, free, and pluralistic platform.”

“The Internet,” she added, “is only possible in a scenario where human rights are respected. Particularly the right to privacy and to one’s freedom of expression.”

Nnenna Nwakanma, Africa Regional Coordinator of the World Wide Web Foundation, echoed the anti-surveillance message to the crowd: “My name is Nnenna. I come from the Internet. I work to establish the open Web as a global public good and a basic right, ensuring that everyone can access and use it freely.” Before ending her speech, she said, “Edward Snowden, thank you.”

Communicating by Skype from São Paulo, Neville Roy Singham, founder and chairman of rights-focused software development firm ThoughtWorks, told the Daily Dot that the tone of the conference was drastically different than any Internet Governance Forum before it. The idea that the United States could, and should, be entrusted with running the Internet was no longer the prevalent opinion of the world’s nations.

“The overwhelming mood of the conference was in support of the Brazilian position,” Singham said, referring to the groundbreaking civil rights legislation Marco Civil da Internet, which was signed into law by President Rousseff on April 22. The law is aimed at guaranteeing Brazil’s citizens freedom of expression online, privacy rights, and net neutrality.

While international laws exist to govern human rights on land, sea, and even in space, the U.S. government has rejected the idea of such a treaty with regards to the Internet, according to Singham.

“I, unfortunately, believe that the U.S. will never agree to a treaty on that account. It won’t happen in my lifetime,” he said. “So, the question is what can be done about it, if the U.S. is going to be intransigent?” One of the best moves going forward, he suggested, would be for other nations to adopt laws similar to Marco Civil, which would allowing them to oppose mass surveillance on the grounds that it violates human rights.

The second thing required, which Singham says was not covered by the conference, is a slew of new technologies to help the world’s private citizens take back the Internet for themselves. “If we want privacy, we should have mass encryption. Everybody in the world should encrypt everything,” he said, acknowledging that the task is a difficult one.

Only time will tell what effect, if any, NETMundial will have on world leaders as they ponder how to control their nations, or free them, through the flow of online communication. Will the Internet degenerate thanks to government surveillance and the race to commercialize every invisible inch of cyberspace? Or will this debate finally lead to an environment of unrestricted access to knowledge, where privacy is cherished as a human right, and all connections are created equal?

NETMundail, if nothing else, is a start.

To follow along with the remaining NETMundial proceedings, check out the live streams here and here.