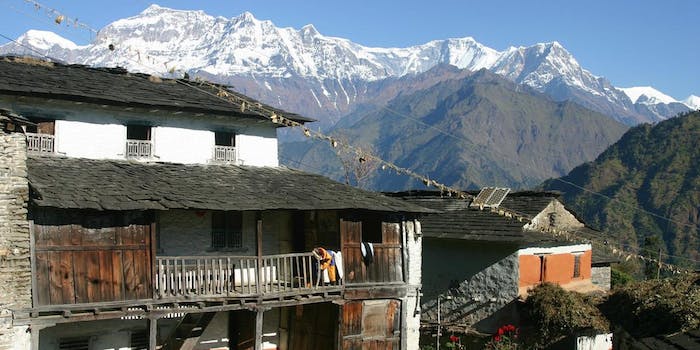 In less than a day, the app has already compiled 4,000 records about potential missing Nepalese parties.

With the death toll climbing to more than 2,200 and aftershocks still hitting the area, the 7.8 earthquake that rocked Nepal‘s Kathmandu Valley on Saturday has produced at least one positive: Google‘s Person Finder, an app that has helped many disaster victims find information on loved ones in the middle of a crisis.

Google’s app, first launched in 2010 to help victims of the Haiti earthquake, collates records from emergency responders and anyone with information about the missing. It allows Nepalese earthquake victims who may be without Internet access to text the database with a name query in order to access the record that the app has on them, if any. The app is embeddable and can be placed on any website to promote visibility:

The app also allows searchers to subscribe to updates for a particular person, so that they can be notified if someone who was not in the database turns up there, or if new information comes in.

In the past, Google has deployed the app when communication issues follow in the wake of a disaster, from Typhoon Haiyan to the Boston bombing. Without the presence of a global, organized Internet emergency alert system, the Google deployment is often the fastest and sometimes only way residents of an area can access reliable information. It’s also one of the few Google products that allows contributions from any developer through GitHub, and allows anyone with an API key to export its data, which can be a useful tool for strapped emergency teams.

With relief agencies pouring in from neighboring countries, and the death toll still on the rise, the Nepalese government is struggling to deal with the crisis. In addition, the Associated Press reports that more than 60 people have died as a result of the earthquake or its aftershocks in India, Bangladesh, Tibet, and Pakistan.

A 62-person search and rescue team from China arrived in Nepal earlier today to aid in the location efforts.