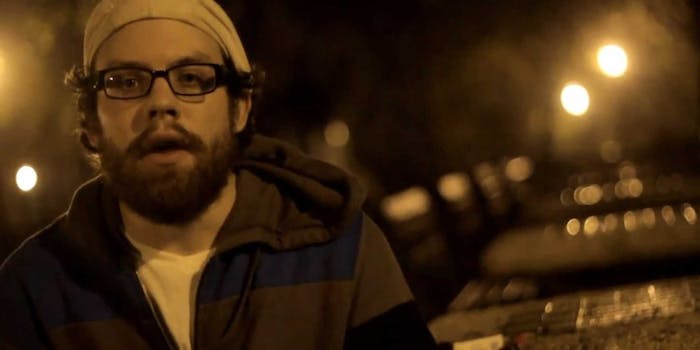 Neo-Nazis are seeing a surge in Bitcoin donations.

Andrew “Weev” Auernheimer, a notorious internet troll and webmaster of the neo-Nazi website Daily Stormer, has received more than $1 million in bitcoin, according to a new report.

Reveal reported on Friday that the amount of bitcoin flowing into white nationalist and neo-Nazi websites is staggering. The Daily Stormer’s bitcoin wallet contained around $300,000 and Counter-Currents had around $45,000. However, Auernheimer has more than double that, according to the report.

Auernheimer, whose neo-Nazi bona fides are revealed by a large swastika tattooed on his chest, has transferred all but $47,000 out of the Bitcoin wallet, Reveal reports.

Bitcoin, a virtual currency, is favored by neo-Nazi websites because they are often cut out of other, more popular, online payment apps such as PayPal.

The Daily Stormer, in particular, has been under fire recently. The site’s founder, Andrew Anglin, is being sued by a Sirus XM Satellite Radio host who says he was framed by the site for being responsible for the bombing attack in Manchester, England, in May.

The Daily Stormer briefly used a different domain name earlier this year after several web hosting companies decided site—known for its racist, homophobic, misogynistic, and anti-semitic content—was not worth hosting after its vulgar response to the violence that occurred in Charlottesville, Virginia, that was a result of a group of white supremacists holding a rally in the college town.