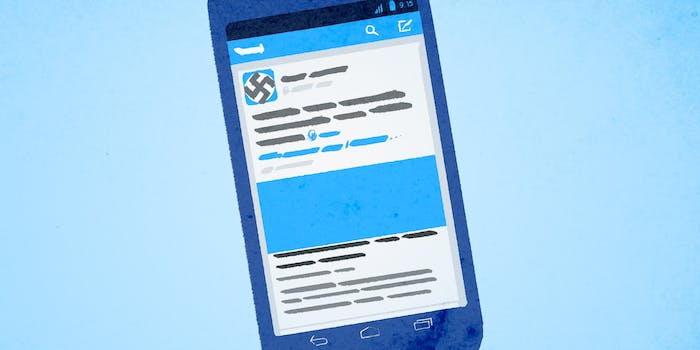 And they love Donald Trump!

White supremacists and other American racist groups are able to use Twitter with “relative impunity” while ISIS’s presence on the social media platform is dwindling, according to a report released on Thursday.

Since 2012, Twitter accounts used by white nationalists and neo-Nazis grew by 600 percent and followers of these groups are “heavily invested in Donald Trump,” according to the report, which was compiled by a researcher at George Washington University’s Program on Extremism.

“White nationalist users referenced Trump more than almost any other topic, and Trump-related hashtags outperformed every white nationalist hashtag except for #whitegenocide within the sets of users examined,” author J.M. Berger said in the report.

Twitter has been aggressively targeting and suspending accounts of users sympathetic to ISIS since mid-2015. The company said in August that since mid-2015 it suspended more than 360,000 accounts that promoted terrorism. White supremacist accounts have not faced the same level of scrutiny, according to Berger, who is also of the author the book “Jihad Joe: Americans Who Go to War in the Name of Islam.”

“White nationalists and Nazis outperformed ISIS in average friend and follower counts by a substantial margin,” he said in the report, which is billed as a comparative study of White Nationalist and ISIS online social media networks. “Nazis had a median follower count almost eight times greater than ISIS supporters, and a mean count more than 22 times greater.” 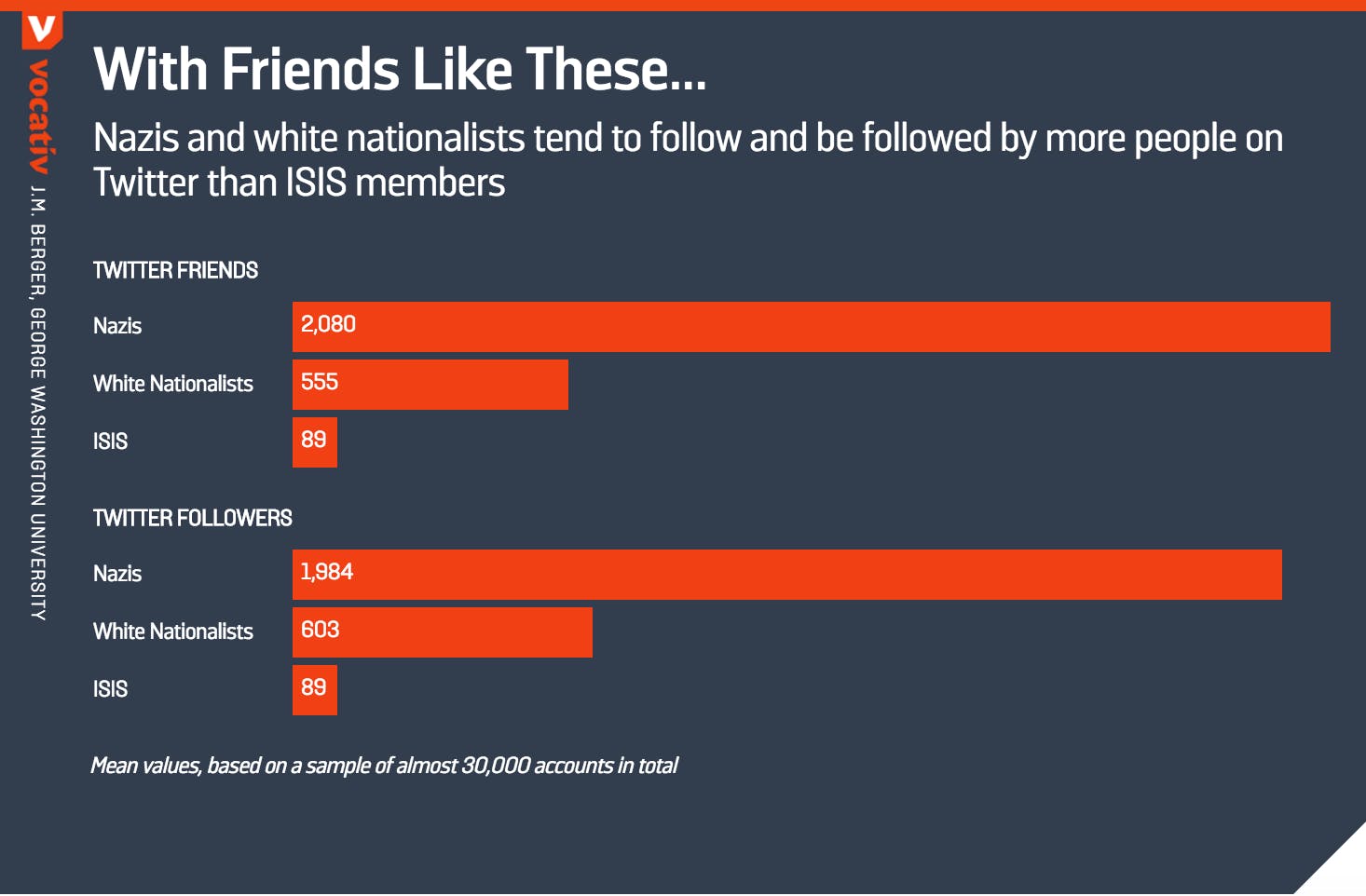 Twitter relies on its users to report accounts that they feel violate the site’s terms of use, which prohibits the promotion of terrorism and “hateful conduct” that attacks “people on the basis of race, ethnicity, national origin, sexual orientation, gender, gender identity, religious affiliation, age, disability, or disease. We also do not allow accounts whose primary purpose is inciting harm towards others on the basis of these categories.”

Vocativ in April spoke with members of the National Socialist Movement, the premier neo-Nazi organization in the country. It’s leader, Jeff Schoep, said his organization’s social media network of choice is Twitter. Facebook, he said, deletes most NSM accounts.

The spike in Twitter use by white supremacist groups perhaps in no surprise. It comes at a time when hate groups across the U.S. are on the rise, according to a February report by the Southern Poverty Law Center, which tracks groups like the NSM, Ku Klux Klan, and other racist organizations. There was a 14 percent increase in the number of hate groups and “patriot” groups from 2014 to 2015. There were 892 hate groups operating in the U.S. in 2015 and an additional 998 patriot groups like the militiamen who took over the Oregon wildlife refuge in January. These numbers, however, are inflated because of the methods employed by the SLPC to compile their annual “Intelligent Report,” according to news reports, including one published by Vocativ.

The SPLC’s report credits much of the rise in extremism to Trump’s candidacy and the fiery, often times racist rhetoric he uses at campaign events.