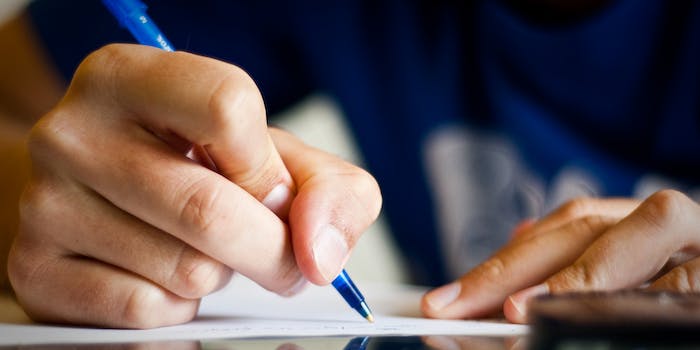 Ditch text and take pictures of your handwriting for social media.

Friday, Jan. 23 is National Handwriting Day, in addition to being the birthday of John Hancock, one of the country’s Founding Fathers and the man whose distinctive signature adorns the Declaration of Independence.

The Writing Instrument Manufacturers Association (WIMA), an organization that promotes the importance of the writing industry—which reportedly makes $4 billion in sales every year—calls National Handwriting Day an opportunity for everyone to practice and rediscover this age-old method of unique self-expression.

“Though computers and e-mail play an important role in our lives,”  said David H. Baker, WIMA’s executive director, “nothing will ever replace the sincerity and individualism expressed through the handwritten word.”

In honor of the man whose name represents the power of penmanship, here are a couple of things you can do to celebrate and elevate the written word:

1. Write someone a postcard 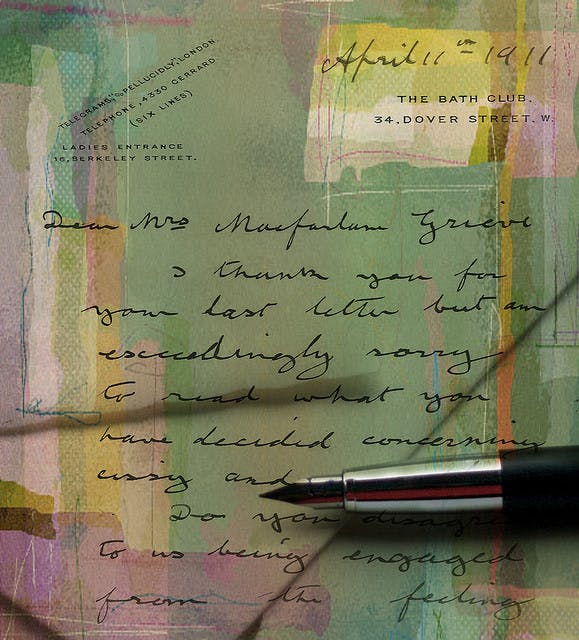 Instead of conducting your correspondences through a Shutterfly account, take a trip to the stationery store just this once and pick out beautiful stationery or a blank card to write in and send to a friend. Getting genuine snail mail is a rarity these days, so make yours count! Write about your life and ask about somebody else’s to inspire a (handwritten!) response. Yes, you will have to get a stamp and physically drop the letters off in a mailbox or at your local post office, but that’s all part of the experience that National Handwriting Day is trying to preserve. 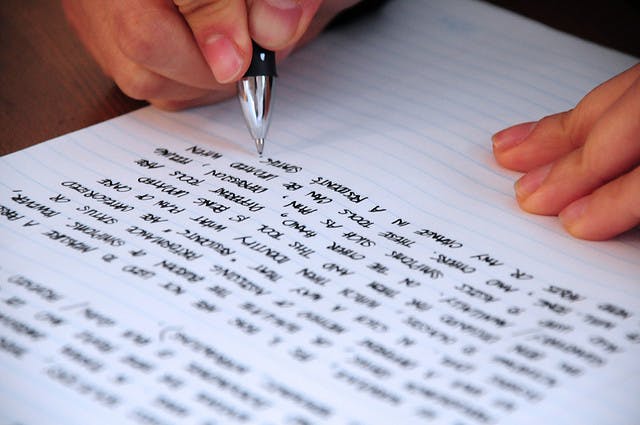 Start with a sentence to get your creative juices flowing. Turn it into a poem, and if you’re gaining momentum, perhaps a short story. Look for writing prompts online if you’re drawing a blank on where to start. Stick to pen and paper only; bonus points if you actually use a quill.

Take your grade school cursive classes to the next level and turn cursive into an art form. Calligraphy, or “beautiful writing,” is a field that is drawing more and more young people to it every year, according to Harvest Crittenden, Master Penman and Director of the Spencerian Saga. You can use various tools for calligraphy, from a simple pointed pen to interesting mediums like chalk, paint, and different kinds of ink. Here’s a tutorial to help you get started.

For the past two years, Moleskine has been an active participant in National Handwriting Day through its annual Creativity Challenge. Prominent figures like American journalist Katie Couric and Nobel Prize-winner Malala Yousafzai are among those who participated in the festivities last year.

It's National Handwriting Day! Swap your email or tweet for a handwritten update! #mhday #handwritingday pic.twitter.com/DGklVkSoqw

Did you read #Malala's handwritten message about #Education First on #HandwritingDay? "I always dream…" #mHDay pic.twitter.com/u14W66CVBJ

This year, Moleskine is bringing it back. From today until Jan. 28, 2015, promote your penmanship by posting your personal scribbles in lieu of a typed update on Facebook, Twitter, and Instagram. Upload images of your handiwork to myMoleskine with the hashtags #HandwritingDay and #MHDay.

These custom #HandwritingDay pins are available today at #Moleskine Stores, and will be sent to the winner of our #mHDay #CreativityChallenge. Share your handwritten social media post on #myMoleskine to enter!

Entries with the most votes from the myMoleskine community will be sent a box full of Moleskine writing and drawing tools as a prize.