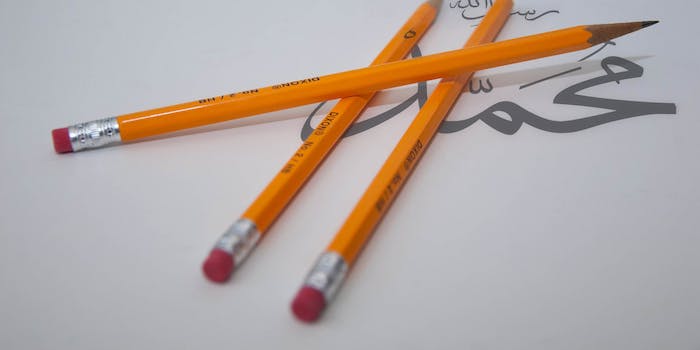 Photo via taylor.a/Flickr (CC BY 2.0) | Remix by Fernando Alfonso III

Pretty sure Muhammad wouldn't be happy about anything that happened today.

For many people, there’s only one real way to respond after alleged Muslim extremists kill a dozen people at the satirical Charlie Hedbo newspaper, possibly for drawing caricatures of the Prophet Muhammad.

Draw him again. And again. As offensively as possible.

That’s been the response on Reddit’s r/drawmuhammad, a subreddit created two years ago that only had two postings before Wednesday’s attacks. But now, it’s filled with dozens of drawings of Islam’s founding figure. Like here, at a disco. 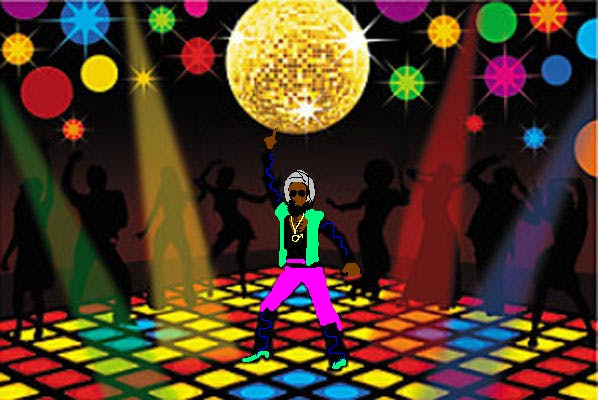 In most Muslim understanding, drawing Muhammad at all is considered an offensive practice. That’s something that Charlie Hedbo knew all too well, as it deliberately, repeatedly included Muhammad and Muslims among its many caricatured figures, even after being firebombed for a picture in 2011. In fact, in one of the final cartoons published by editor Stéphane Charbonnier, who was killed in the attacks, a Muslim militant promises he has until the end of January to carry out a terrorist attack. 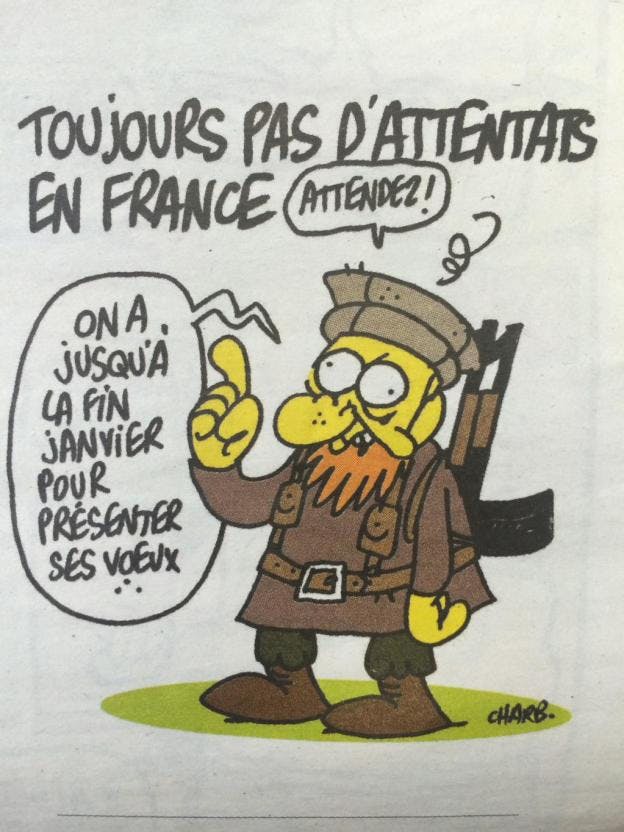 That, however, is extremely tame compared to what the Internet’s putting together on its hodgepodge wall of deliberate blasphemy. There’s a lot of reference to Muhammad having sex with his wife Aisha, who according to some interpretations, was a child at the time. There’s a lot more reference to him having sex with a pig, likely a nod to Islam’s prohibition on eating pork.

They get more creative. There’s an image of Muhammad as a pink unicorn with a penis for a horn, who poops rainbows. Muhammad cross-dressing. Muhammad with penises for hands and feet. Muhammad fellating Satan. Muhammad being peed on. Muhammad having sex with a goat. Muhammad with boobs. Muhammad in a three-way with a pig and Facebook founder Mark Zuckerberg, or with a horse and Justin Beiber. Muhammad as a sort of… gay suicide bomber who might be in the Navy?

Many users ask the question: What, exactly, constitutes a picture of Muhammad? We don’t have much idea of what he looked like, especially because of that whole centuries-long ban on depicting him. What if you just draw the most generic human figure possible, and label him Muhammad? 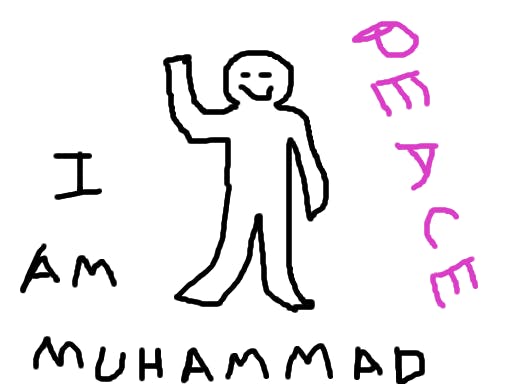 One thing’s for sure: The actual Muhammad wouldn’t be happy with anything that happened today.

Photo via taylor.a/Flickr (CC BY 2.0) | Remix by Fernando Alfonso III