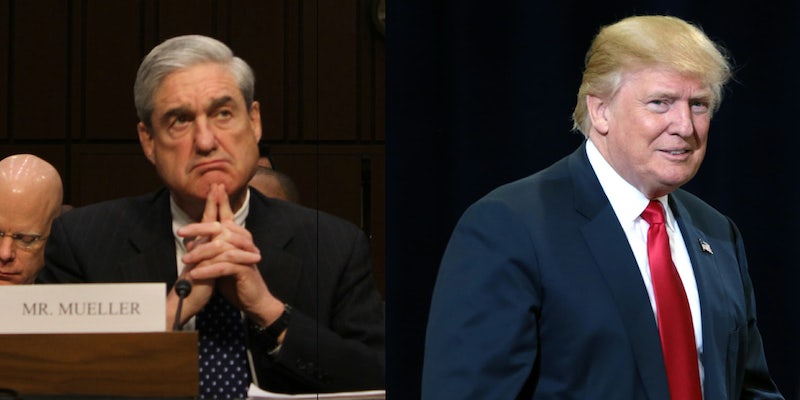 The letter could prove disastrous for Trump's legal defense.

The letter, drafted by Trump and top aide Stephen Miller and intended to be sent to Comey, has been blocked by White House Counsel Donald McGahn because he found some of its contents “problematic,” the New York Times reported.

The letter could be significant, according to the Washington Post, because while it is assumed that Trump fired Comey because of the ongoing Russia investigation because he admitted that the probe was “on his mind” when deciding to fire Comey, the letter could be concrete proof.

Instead of sending the letter now in Mueller’s possession, the White House sent one drafted by Deputy Attorney General Rod Rosenstein. Rosenstein’s letter centers on Comey’s handling of the investigation into Hillary Clinton’s private email server and serves as the official reason the White House gave for firing Comey. Trump soon contradicted this reasoning in statements to the press.

It’s unclear what exactly is said in the letter, but the Times reports that Trump told aides that he was angry Comey would not publicly say he was not under investigation as part of the Russia probe.

During Comey’s testimony before Congress in May, Comey said he told the president that he was not personally under investigation as part of the probe but did not want to say so publicly because that fact could change in the future.