The Motorola Moto 360 Sport is half smartwatch, half activity tracker.

When Motorola invited me to test out their new fitness watch, I was skeptical.

Last year, I begged Santa for the Garmin VivoFit thinking it would be just what I needed to jump start my annual New Year’s Resolution of getting in shape. Santa delivered, but the VivoFit did not. Having to wear a heart monitor across my chest, combined with a cheap-looking watch made it a total dud for me. Could the Moto 360 Sport possibly be different?

The event, hosted by Motorola, was a dance class where I was given the opportunity to test out the 360 Sport and put it through it’s paces.

Upon first glance, I knew this watch was not your average fitness tracker. The face of the watch looks like a standard watch, but with a touchscreen digital display. There is a built-in heart rate monitor as well as a pedometer, and all that important fitness info is displayed via colorful progress bars that surround the clock.

The band is silicone and comes in either black, white and orange (For the record, I was given the orange and it clashed with my outfit, but I rocked it anyway.) 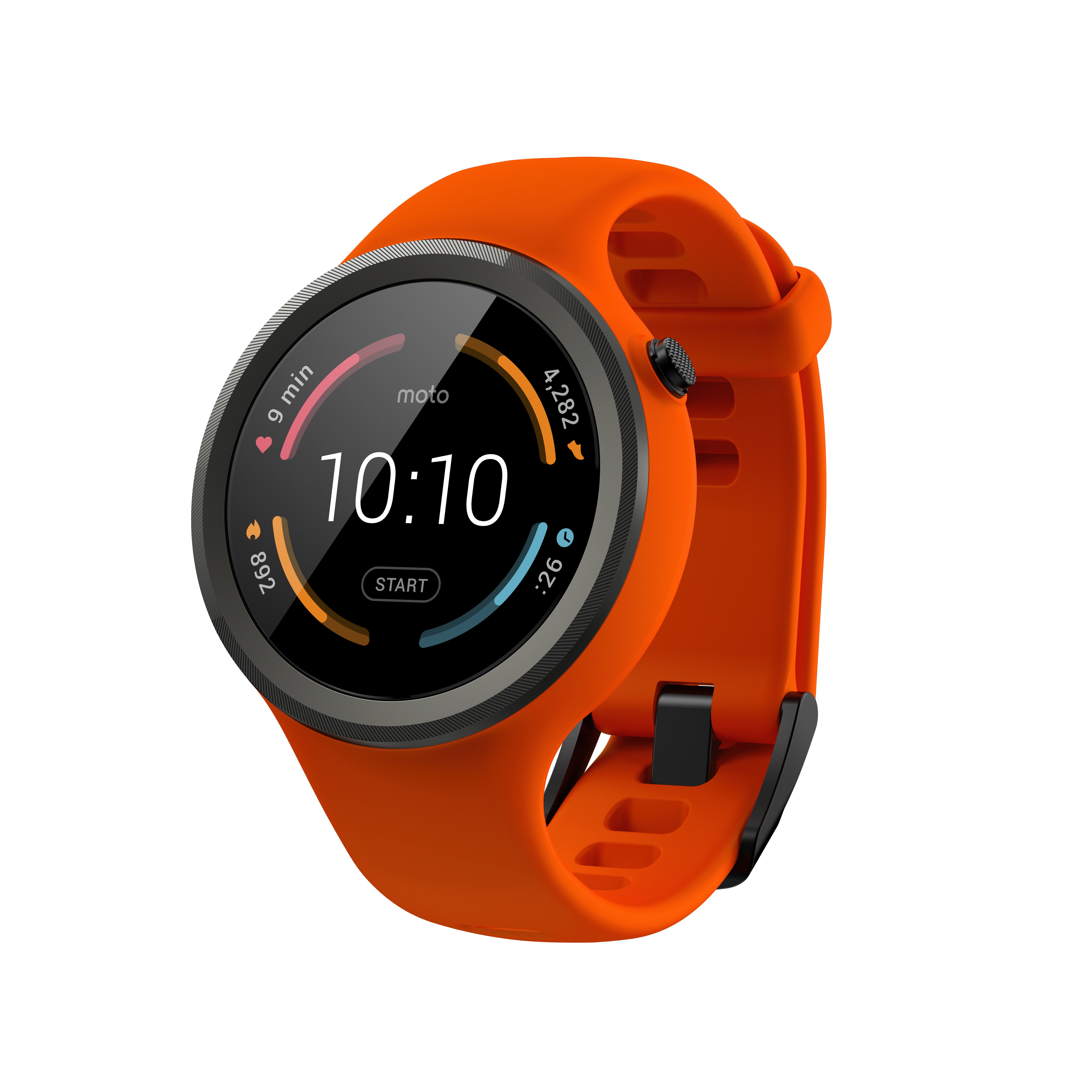 Before going into the class, I was told to hit a button and start my workout. Once active, the watch goes into full activity-tracking mode, logging all the details relevant to your workout. Mine, unfortunately, seemed to glitch a bit and an alert that said “Moto Body On” dominated the screen until my testing had wrapped up. I was the only one who experienced the error so I’ll chalk it up to user error, and I was still able to see my calories burned, steps, and other readings after the fact. 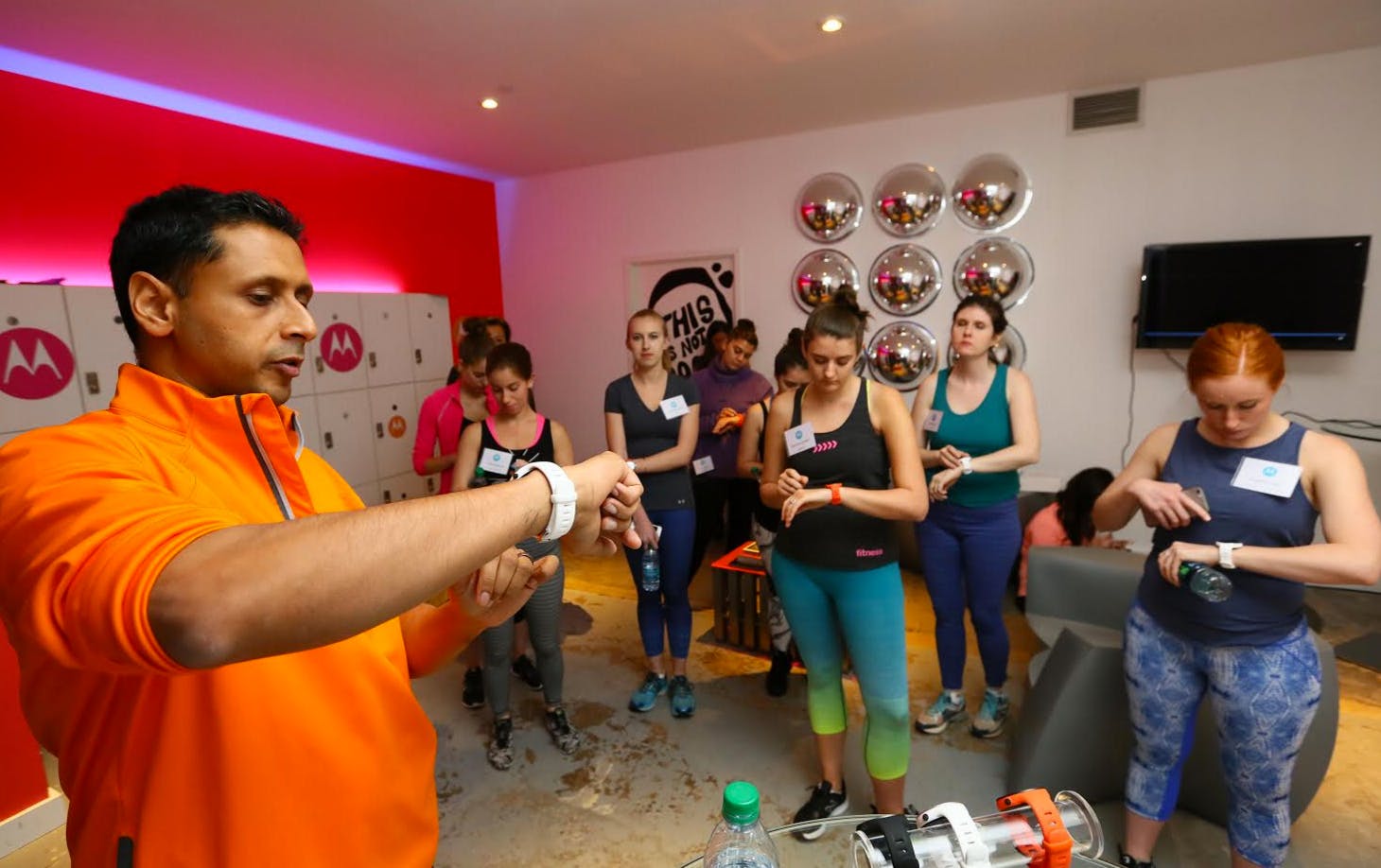 If Motorola’s goal in inviting me to this class was to test how much sweat the watch can take, I can confidently say that the watch can function even after the wearer sweats like a beast. Throughout the intense workout, the watch stayed in place and I honestly forgot I was wearing it, which is a big plus.

The watch comes with built-in GPS that can track your runs and it’s compatible with popular running apps like Map My Run. Additionally, you can store up to 4 GBs of music on the watch, so with the help of some wireless headphones, it’s the only piece of equipment you need to take on your daily runs or rides.

The activity-tracking features of the 360 Sport are only part of the reason you might want one. Like the Moto 360 line on which it is based, the Sport is also a fully capable smartwatch. It runs Android Wear, so things like social notifications, email, map navigation, and app support are all part of the package as well.

After getting burned by the VivoFit, I was not sure I could ever love a fitness tracker again, but the 360 Sport is making me re-think that. The Sport is slated to arrive in stores on January 7, 2016, narrowly missing the gift-giving holiday window but just in time to help with a few fitness resolutions.