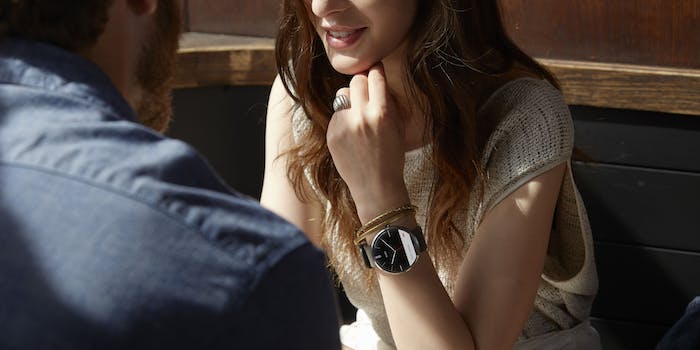 The disappointing Moto 360 is still better than the competition

The Moto 360 is a good smartwatch, but it doesn't meet its lofty expectations.

The problem with most smartwatches that are available is the prioritization of features and functions over design. Companies like Samsung and Apple have been touting their respective smartwatches, which are full of amazing features, but don’t have a design that fully captures the attention of the public.

Motorola eschewed that principle, pushing design over features in the Moto 360. But instead of pulling off something great, Motorola produced a device with huge concessions in both areas. The Moto 360 is an aesthetically pleasing smartwatch, but upon further inspection, there are multiple areas where the design just doesn’t hold up. While the display is round, the screen isn’t a perfect circle, giving up the bottom quadrant for a block of sensors under a black bar. The glass display has chamfered edges, which becomes highly evident when you are reading text, as it can distort the screen. The leather strap—crafted by Horween leather, a respected company in its field—feels fragile, and not like a strap that should come with a $249 watch.

Don’t get me wrong, the Moto 360 looks great, but as you wear it, you will start to notice an issue here and a problem there. Those inconsistencies take away from what could have been a brilliant watch, making it a decent watch that’s the best by default.

Android Wear, the software the Moto 360 runs on, is the same as it is on every other Android Wear device (you can only use the Moto 360 with an Android device running version 4.3 or later). There are no differentiators, outside of the different watch faces you can choose from.

Essentially an extension of the notification center on your phone, the Moto 360—and any Android Wear device for that matter—can be extremely useful for reading and responding to texts, quick emails, and even tweets without having to pull out your phone. Thanks to Google’s voice recognition engine, which is second to none, it can consistently correctly deduce what you were saying, and when it doesn’t, you have the option to cancel your message and try again. The most discussed aspect of the Moto 360 is battery life. There have been reports of extremely subpar battery performance from the Moto 360, with many people saying it lasts less than a full day. Under our informal tests, the Moto 360 easily lasted a full day, making it from around 8a.m. to 9p.m.—with auto brightness on and ambient screen off—with an average of 40 percent of its battery life still remaining. This may mean there is an hardware issue that is affecting Moto 360s, which Motorola will have to address.

The Moto 360 came in shooting for the stars, but has fallen well short of its goal. It’s a good smartwatch, better than anything else you can purchase right now. If you want notifications on your wrist, or if you’re an early adopter, or you’re simply looking for the most aesthetically pleasing smartwatch to date, than you should definitely buy the Moto 360. But if your expectations are greater than that, then the Moto 360 isn’t for you.