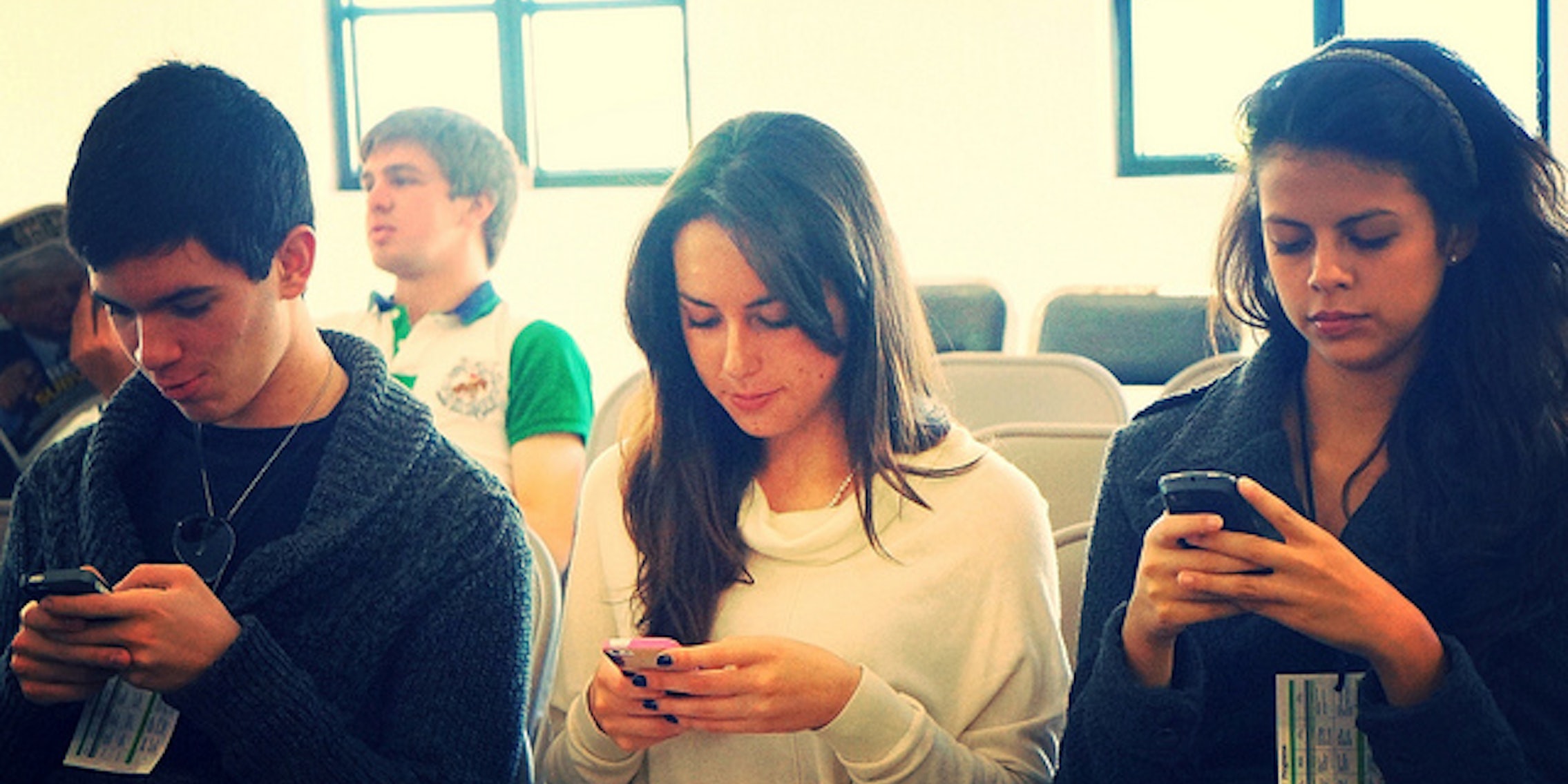 Now that 2016 is finally over with, you may be curious to know which apps we used the most last year. But according to a study by Nielsen, not much changed from 2015.

Facebook, Facebook Messenger, and YouTube again snagged the top three spots across all mobile operating systems. However, there were some interesting changes among the top 10 most popular apps of the year. Most notably: For the first time, Amazon scraped into the top 10, beating out Apple Maps, which held the 10th spot on the list last year.

Overall, Amazon had an excellent year. It posted six straight profitable quarters in a row, as of its last earnings report in late October, and the company has captured the public’s imagination with its efforts to develop drone-based shipping—and possible plans to use a blimp as a mothership for those drones. Its mobile app makes it dangerously easy to buy things on a whim, landing on your doorstep a mere 48 hours later. 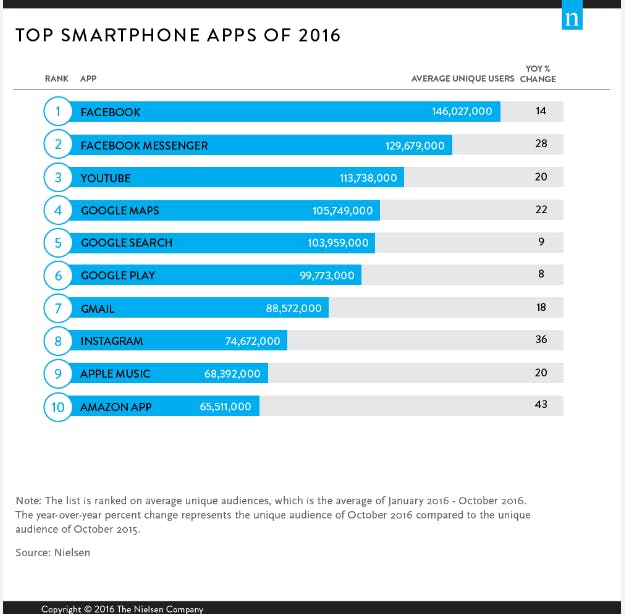 Among the top 10 most-used apps this year, Google’s offerings shuffled a bit from 2015 to 2016 but still remained staples on our home screens. Google Search and Google Play each dropped a spot, while Google Maps jumped from no. 6 to no. 4 on the list. Gmail remained unchanged as the no. 7 most-used app. Instagram and Apple Music finish up the list in eighth and ninth, respectably—same as in 2015.

Curiously, Snapchat did not make the top 10 in Nielsen’s study, despite currently being no.3 in the App Store’s top free apps chart and no. 2 on Google Play’s list, and being a regular fixture among the top 10 on both platforms. Considering Snapchat users are primarily aged 24 and younger (according to data from Statista), Nielsen’s data could be skewed slightly if its participants were largely older than that demographic. Or, perhaps we just aren’t spending as much time on Snapchat as it might appear.

One thing’s clear, though: We sure do love using Facebook, even if we hate to admit it.

Clarification: Nielsen used an on-device methodology for its study, which allowed researchers to get an accurate measurement of each participants’ time spent on different apps.