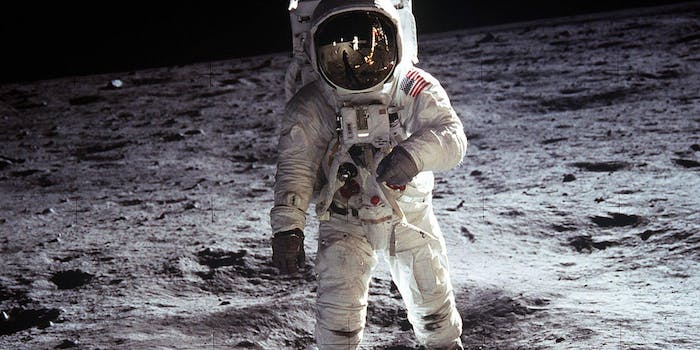 Russia wants to investigate whether or not the U.S. landed on the moon

Vladimir Markin, spokesman for the Russian government’s Investigation Committee, has called for an official investigation into the U.S. moon landings program.

Writing in the influential Izvestia newspaper, Markin called for an international probe into the American space program.

The Moscow Times wrote, “An international investigation could help solve the mystery of the disappearance of film footage from the original moon landing in 1969, or explain where the nearly 400 kilograms of lunar rock reportedly obtained during several such missions between 1969 and 1972 have been spirited away to, Markin suggested.”

“We are not contending that they did not fly [to the moon] and simply made a film about it,” he wrote. “But all of these scientific—or perhaps cultural—artifacts are part of the legacy of humanity, and their disappearance without a trace is our common loss. An investigation will reveal what happened.”

Markin wrote his op-ed after “U.S. prosecutors having declared themselves the supreme arbiters of international football affairs.”

A Russian official in a newspaper that was the newspaper of record for the Soviet regime accused the U.S. of Capricorn One-ing the moon landing because America got pushy about soccer.

NASA told Reuters in 2009 that some of the original footage was erased, along with 200,000 other tapes that were degaussed and reused to save money. Copies in the CBS archives and kinescopes from the Johnson Space Center were remastered and released in quality superior to the originals.

As to the rocks, they are in storage at Johnson and in museums around the world. Also, Bigfoot isn’t real.