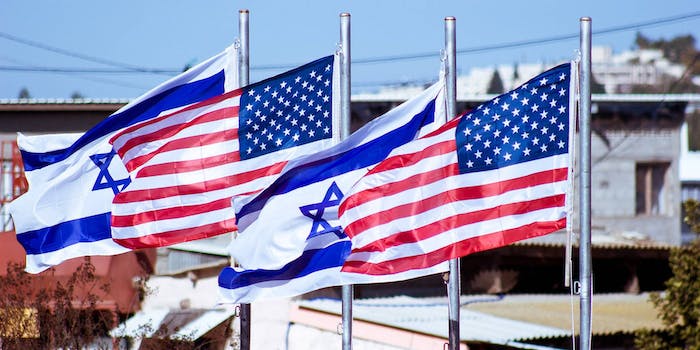 Texas representative singles out Muslims for pledge of allegiance

"We will see how long they stay in my office."

The Texas Legislative Session has only just started, and this will be an interesting one to say the least. To wit: Freshman representative Molly White (R-Belton) wrote a controversial post on her Facebook page Thursday.

She also demands that Muslims denounce terrorism. She clearly is not trying to be friends with her Muslim constituents, and added “we will see how long they stay in my office.”

Texas Muslim Capitol Day, organized by the Council of American Islamic Relations, has a decade under its belt. It buses in members of Muslim communities to come learn about Texas and meet their state representatives. On the floor, there’s an opening prayer given by an Imam that espouses feelings of cooperation and oneness. The legislature then votes on making that day officially Muslim Day at the Capitol.

During the 83rd session in 2013, 149 of the 150 members voted on a resolution to make it Muslim Day at the Capitol. These votes aren’t even cast, it’s assumed that every member is for them. Representatives must go out of their way and make it known that they are voting against this. In 2013, representative Sarah Davis (R-Houston) voted against.

These resolutions are more good gestures than grand political statements, after all. For example, Wednesday marked Stephen F. Austin State University Day at the Capitol.

This year’s Muslim Day at the Capitol didn’t have an accompanying resolution. It had been sponsored in the past by Lon Burnam (D-Tarrant), but he lost his reelection bid to Republican-funded Democrat Ramon Romero. Full disclosure: I worked with Representative Burnam during the 83rd legislative session as a staffer.

Representative White wasn’t the only person making demands of Muslims, a small protest was also occurring on the south steps of the Capitol. What looks to be the same lady who believed Monster Energy drinks were sent by Satan, grabbed the mic during a speech, and started spouting hateful comments.

The past midterm election was rough for Texas Democrats. Not only did Wendy Davis lose against Greg Abbott for the governorship, but many Democratic state representatives lost to freshmen Republicans.