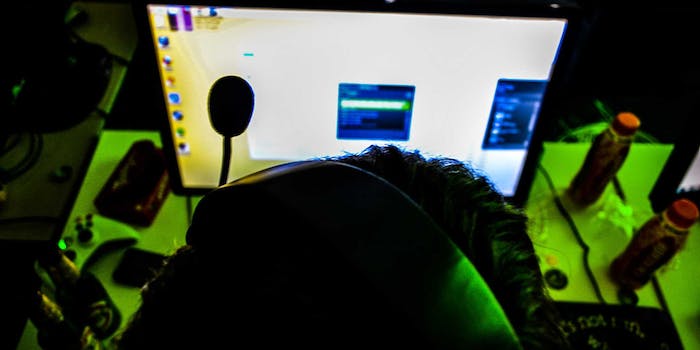 Modus Operandi is building a Facebook for tracking terrorists

The same team that created a Wiki-like database for persons of interest is now creating a site to track terrorists. And it looks like Facebook.

Modus Operandi, a Florida-based intelligence company, has announced plans to create a database that will allow users to keep track of suspected terrorists. The site will function similarly Facebook, but American intelligence analysts will be the ones updating the profile pages, not the bad guys themselves, Eric Little, Modus Operandi’s chief scientist explained to VentureBeat. The profiles will contain pertinent information on each person of interest.

The platform is meant to encompass the newest generation of workers, some as young as 18- or 19-years-old, who grew up in an age of status updates.

In other words, the company’s job is to find ways to present a plethora of data that will make it easy to analyze.

“Sometimes you’re talking about spreadsheets with a couple hundred columns or tens of thousands of rows,” Little said. When taking into account the thousands of spreadsheets available to the military, sifting through the documents can easily become overwhelming.

Since 9/11, the military has significantly changed the way they gather intelligence, searching for ways to best gather intelligence so potential threats don’t slip through the cracks. Modus Operandi—which is the Latin phrase for “mode of operation”—specializes in creating data-driven technologies to help military personnel search for patterns in data in order to weigh potential opportunities or dangers. Their clients include the U.S. Army, U.S. Navy, and U.S. Air Force, to name a few.

The development of a Facebook-like database follows the success of a database the company created that mimics Wikipedia’s interface. The software enables the military to categorize information more efficiently, ultimately allowing it to act quickly when need be.

“The power of this is that I’m using a simple front-end to exchange data in real time,” Little explains. “This is powerful if you think about how intelligence actually works. What we’re really doing is allowing people to find patterns in their data.”

The semantic wiki allows users to categorize posts, making searches across multiple topics easier and quicker. In contrast, the Wikipedia we’re familiar with, while also allowing for user input, relies on manual modification to stay up to date with topics that can often change, like top 10 lists or lists of organization leaders.

The company’s new Facebook-like software is simply another way to keep up with potential targets, while delivering data to its users that’s easier to digest.

Modus Operandi has not announced when the software will be completed. According to Emergency Management, they’re currently searching for ways to break into other industries like bio-informatics and emergency and disaster response.