Romney bashes Donald Trump as a ‘phony’ and a ‘fraud’

'He gets a free ride to the White House and all we get is a lousy hat.'

Adding yet another twist to the wild ride of the 2016 election, former Massachusetts Gov. Mitt Romney plans to call Donald Trump “phony” and a “fraud” who is duping the American people.

“Here’s what I know,” the Republican Party’s 2012 presidential nominee plans to say in a speech in Utah on Thursday. “Donald Trump is a phony, a fraud. His promises are as worthless as a degree from Trump University. He’s playing the American public for suckers: He gets a free ride to the White House and all we get is a lousy hat.”

Romney will also attack Trump’s policies, saying a Trump presidency “would lead to a recession” at home and “make America and the world less safe.”

“He has neither the temperament nor the judgment to be president,” Romney will say of the GOP frontrunner. “And his personal qualities would mean that America would cease to be a shining city on a hill.”

Methinks the Donald doth protest too much. Show voters your back taxes, @realDonaldTrump. #WhatIsHeHiding

No legit reason @realDonaldTrump can't release returns while being audited, but if scared, release earlier returns no longer under audit.

.@realDonaldTrump taxes for last 4+ years are still being audited. There are more #bombshells or he would release them.

A disqualifying & disgusting response by @realDonaldTrump to the KKK. His coddling of repugnant bigotry is not in the character of America.

Trump shot back at Romney’s remarks, calling him “one of the dumbest and worst candidates in the history of Republican politics.”

Mitt Romney, who was one of the dumbest and worst candidates in the history of Republican politics, is now pushing me on tax returns. Dope!

Romney’s bombardment of Trump comes amid the reality TV star’s thundering rise to the top of the 2016 Republican presidential ticket. Following Trump’s strong Super Tuesday wins, he currently leads the GOP pack in both polls and delegates. 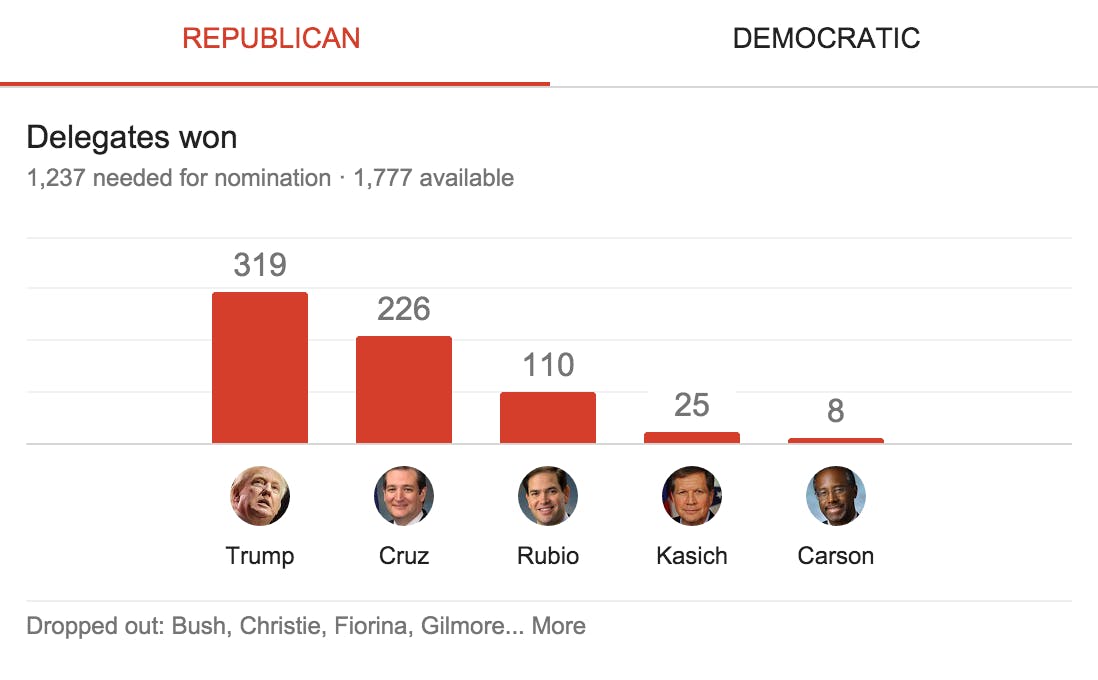 Trump’s success has left the Republican establishment in panic mode, as party leaders come to terms with the real possibility that Trump will secure enough delegates to win the nomination at the Republican National Convention in July.

The confusion among party leaders has prompted speculation that Romney will throw his hat in the ring as a challenger to Trump.

Romney will deliver his speech at the University of Utah in Salt Lake City at 11:30am ET. You can watch it live on Romney’s Facebook page. Here are excerpts of his remarks, emailed to the media in advance of his speech:

In 1964, days before the presidential election, Ronald Reagan went on national television and challenged America that it was a “Time for Choosing.” He saw two paths for America, one that embraced conservative principles dedicated to lifting people out of poverty and helping create opportunity for all, and the other, an oppressive government that would lead America down a darker, less free path. I’m no Ronald Reagan and this is a different moment but I believe with my heart and soul that we face another time for choosing, one that will have profound consequences for the Republican Party and more importantly, for the country. …

At home, poverty persists and wages are stagnant. The horrific massacres of Paris and San Bernardino, the aggressions of Putin, the growing assertiveness of China and the nuclear tests of North Korea confirm that we live in troubled and dangerous times. …

If the remaining candidates, the only serious policy proposals that deal with the broad range of national challenges we confront have come from Ted Cruz, Marco Rubio, and John Kasich. …

Donald Trump says he admires Vladimir Putin, while has called George W Bush a liar. That is a twisted example of evil trumping good. …

The president of the United States has long been the leader of the free world. The president and yes the nominees of the country’s great parties help define America to billions of people. All of them bear the responsibility of being an example for our children and grandchildren. …

Trump relishes any poll that reflects what he thinks of himself. But polls are also saying that he will lose to Hillary Clinton. …

On Hillary Clinton’s watch at the State Department, America’s interests were diminished in every corner of the world. She compromised our national secrets, dissembled to the families of the slain, and jettisoned her most profound beliefs to gain presidential power. …

A person so untrustworthy and dishonest as Hillary Clinton must not become president. But a Trump nomination enables her victory. …

I understand the anger Americans feel today. In the past, our presidents have channeled that anger, and forged it into resolve, into endurance and high purpose and into the will to defeat the enemies of freedom. Our anger was transformed into energy directed for good. …

Here’s what I know. Donald Trump is a phony, a fraud. His promises are as worthless as a degree from Trump University. He’s playing the American public for suckers: He gets a free ride to the White House and all we get is a lousy hat. …

His domestic policies would lead to recession. His foreign policies would make America and the world less safe. He has neither the temperament nor the judgment to be president. And his personal qualities would mean that America would cease to be a shining city on a hill.