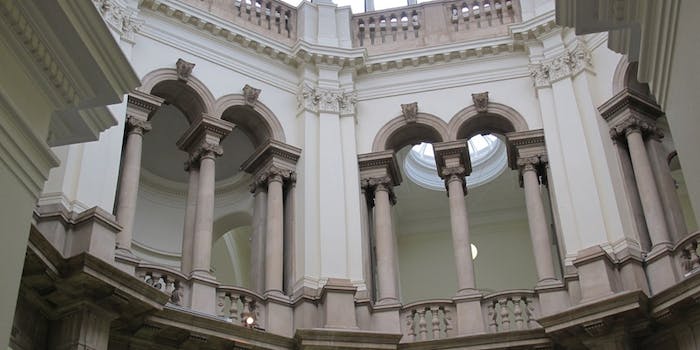 We may soon be able to explore museums IRL using ‘Minecraft’

Thanks to Minecraft, you can tour such locations as Apple’s sprawling California campus and even Azeroth from World of Warcraft. Now, the popular building block and strategy game may have a new role: museum tour guide.

According to The Verge, Tate Britain, a British art institution whose four properties are spread throughout England, is considering plans to build a Minecraft replica of its property. Other ideas for similar tours include vehicles such as remote-controlled robots, interactive animation, and even a collection of online comments.

The museum is currently encouraging the Internet community to choose which format will ultimately be used. If a panel of judges, which includes Wikipedia founder Jimmy Wales, approve of the most-voted selection, you could be on a virtual tour of the facility as early as July 2014.

But that isn’t all. If the Minecraft option is selected, the resulting experience “won’t simply rebuild the museum, it’ll also create entire worlds out of many of its paintings, letting players explore, interact with, and learn about the history and worlds inside the works of art.”

If such a concept catches on, it has the possibility of spreading to everywhere from national parks to the Louvre. Is it possible that Minecraft will ultimately replace Google Street View as the ultimate virtual tour guide?