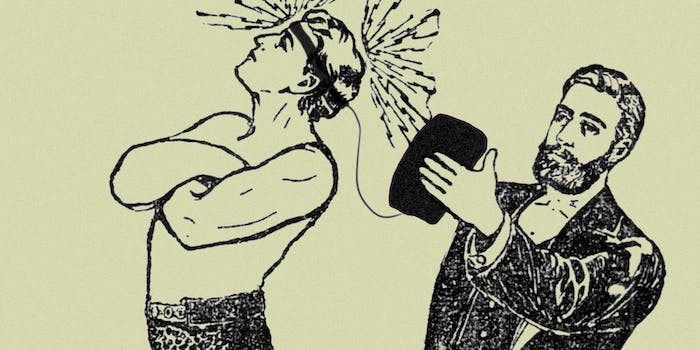 Brain-altering devices have hit the mainstream

More of these devices are being introduced every year. Where does the market go from here?

It feels like a long time since the Quantified Self movement caught us in its clutches. The first fitness bands and their corresponding apps sucked us in; the ability to monitor self-defined statistics made us feel more in control of ourselves. It’s part narcissism, part hypervigilance.

But the most significant roadblock has been taking all the information we’re self-quantifying and acting on it. You know you’re taking 1,000 too few steps a day, eating 500 more calories than you should, and getting only a fraction of the outside time you need; actually doing something with the data is the hard part.

Motivation and habit change are hard, and no heart-monitoring bracelet is going to magically solve that problem.

But there are wearables that can. Thync, a brain-shocking wearable, has been heralded as the first mood-altering device on the market. Through gentle shocks, you can use Thync to give yourself energy or calm yourself down, and the team is working on expanding those capabilities.

A recent study backs up what Thync is claiming—its device is a substitute for chemical stimuli like coffee or sleeping pills. The company also gave me information on how its beta testers have been using and reacting to the product. The short version: It’s effective, and they like it.

While Thync is arguably the marquee product of this in-home mind-altering movement, it’s not alone. A startup called Mindfulogy just launched an Indiegogo campaign to fund the Zen Vibez, a “self-improvement” device that manipulates brainwaves to help you attain whatever state of being you desire.

“Based on the brainwave entrainment effect and using vibratory stimulus,” Mindfulogy said of the Zen Vibez, “it is discreet and unobtrusive, making it usable in

Like Thync, you use your phone to control the headband.

controlled with an iOS or Android app via Bluetooth 4.0.” 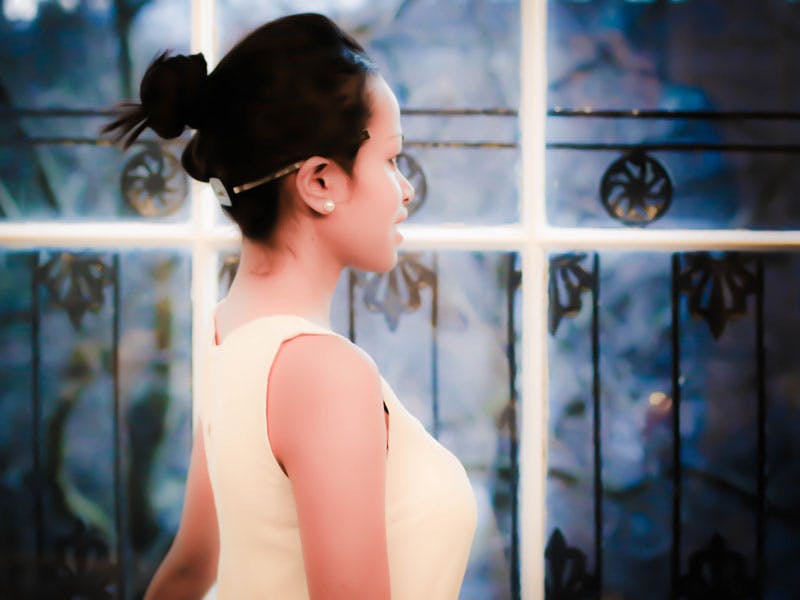 The difference between Thync and Zen Vibez, however, is that the latter isn’t actually using electrical shocks. When I asked founder Merouane Youcef about consumers’ hesitation over shock-based products, he explained that his product’s reliance on vibration was quite different.

“I agree with [concerns over electrical shocking devices], I wouldn’t use a device uses micro electroshocks to my brain, even if it did help me in some way,” he told me via email. “Our device DOESN’T USE ELECTRICAL SHOCKS, we use vibrotactile stimuli, or to say it simply, vibrations.

Yousef also referenced a 2013 study backing up the concept of brainwave entrainment.

While Zen Vibez is using a different technology than Thync to alter your brain, Yousef doesn’t think Thync is dangerous.

“I think they have set the stimulation level way below any potential damageable level,” he said. “It is probably the safest way to date to use tdcs (trans cranial direct current stimulation) at home. But I’m personally reluctant to administer electro shocks [sic] to my brain, even if they’re of very low intensity. I would be even more reluctant if another technology provided the same benefits without the risks.”

Of course it’s impossible to compare the efficacy of the two products yet: Thync hasn’t been released, although there have been plenty of early demos and user testing, while Zen Vibez just started its fundraising campaign on Monday.

But there is one brain-altering device that you can buy right now: the Fisher Wallace Stimulator. The handheld stimulator costs between $599-$699 (or you can rent one for $199), and it targets people who suffer from depression by shocking the brain into producing more serotonin.

In addition to appearing on shelves (at least metaphorically), the Fisher Wallace Stimulator differs from other at-home brain-altering devices in that it has been cleared by the FDA. (For reference, that isn’t the same as being FDA-approved.)

In order to actually purchase a Fisher Wallace Stimulator, however, you’ll need a note from your doctor. (The product is available over-the-counter in Canada and Europe.)

General feedback has been positive, and patients report the stimulator helping with insomnia and pain resulting from chronic illness, as well as other issues.

“We have had no long term issues with the device. It’s been on the market since 1991 and we’ve not had a single report either to us or to the FDA on issues with long term use, which rather proves how non-invasive this therapy really is,” Chip Fisher, PresidentFisher Wallace Laboratories, told me via email.

“Thync is a bit of a big sell. It’s a great concept, but at the end of the day it’s not a medical device like ours, has no research of any great strength, and is essentially just an iPhone app. They’re not even showing the final designs yet as to how it will work.”

Clearly, competition is heating up. All of this is only a drop in the bucket in the larger context of the mind-altering industry. More and more technology startups are joining this market, ready to capitalize on our obsession with self-quantifying and take us to the natural next step: self-changing.

Halo Neuroscience raised $1.5 million last summer, and companies have experimented with adding shock technology to gaming headsets. DIY brain stimulation is nothing new, but it’s becoming flashier and more user-friendly; it’s not something you have to hack together, or a bulky box that requires you to hook 10 wires up to your temple. These devices are largely being lumped into the trendy-as-ever wearables category; they are sleek, looking as if they belong in an Apple Store rather than a psychiatrist’s office.

Right now, scientists believe that most of these devices don’t have long-term effects, but research on this subject is ongoing. Champions of brain-altering devices will play Devil’s Advocate here, arguing that we know the long-term effects of chemical stimulants like caffeine, Adderall, and sleeping pills and that society has a very real pill problem.

Will we eventually have a shock problem? There’s always that slippery slope, and it’s not impossible to imagine a future where we’re upping the “zap dosage” and shocking our brains into cooperation. For now, though, the idea of at-home mind-manipulation is innovative at least and encouraging at best.

Photo via Indiamos/Flickr (CC BY 2.0) | Remix by Jason Reed