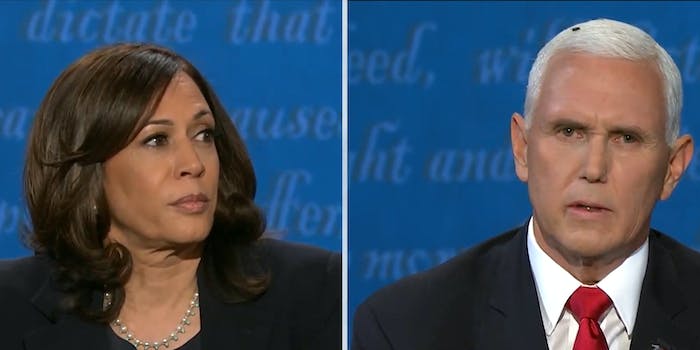 Why isn't it moving!?

A fly landed on the head of Vice President Mike Pence during Wednesday evening’s debate, launching a firestorm on Twitter over the odd occurrence.

During the first and only vice presidential debate, the fly appeared out of nowhere and spent what seemed like an eternity on Pence’s head.

It wound up being there for two full minutes.

Twitter users reacted with shock and disgust as Pence spoke alongside Sen. Kamala Harris (D-Calif.) in what had been a relatively underwhelming debate.

The term “flies” began trending on Twitter as users weighed in on the bizarre event.

Memes also started churning out not long after.

Even members of Congress got in on he joke.

This is not the first time a fly has landed on a politician during a debate. The same thing famously happened to former Secretary of State Hillary Clinton in 2016.