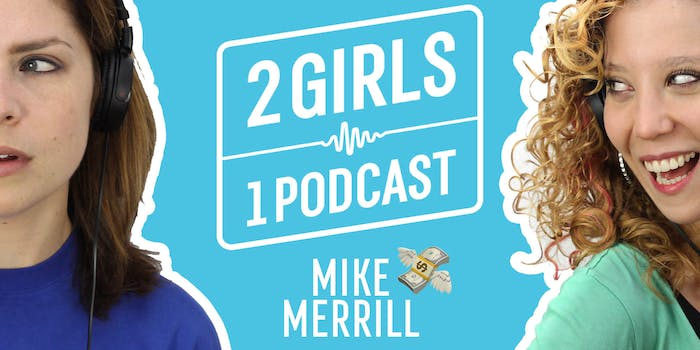 The man who sold shares of himself on the internet

How do you valuate a human life?

After the initial wave of friends and family bought in, online strangers began to acquire shares of Merrill⁠—a regular person, not a company.

With those shares come voting rights. Shareholders were allowed to decide Merrill’s diet, his romantic decisions, even whether or not to get a vasectomy.

Any personal life decision for which Merrill would seek advice from a friend, he instead posed to shareholders, who would vote on legally binding decisions.

The experiment led him to global news coverage and an appearance on the Today Show, which raised the price of his shares significantly. These days, shares of Merrill trade at around $5.

This week on 2 GIRLS 1 PODCAST, Alli and Jen talk to Merrill about the origins of the experiment, how crowdsourced decision-making has shaped his life, and what he might do differently in the wake of newer online commodity trading models like Bitcoin.