While world-class athletes congregate in Rio, a bunch of teens from around the world found their way to Orlando, Florida to take part in their own version of the Olympics. Instead of showing their skills in events like swimming or gymnastics, they competed in Microsoft Office.

Now in its 15th year, the Microsoft Office Specialist World Championship pits 13- to 22-year-olds in competition to prove their prowess in the trifecta of programs that every high school and college student dreads opening most: Microsoft Office Word, Excel, and PowerPoint.

The event hosted by Certiport, the company that operates Microsoft’s certification tests, attracted more than 700,000 entrants but was narrowed through regional competitions—and presumably at least one contestant was unable to attend because some jock stuffed them in a locker.

By the time the finals rolled around, just 150 competitors from 48 countries remained. They gathered in the city that best represents the American experience, Orlando, to put their skills to the test and dine at the country’s finest chain restaurants.

The challenge presented to the Office suite savants seems relatively simple: They were given documents in Word, Excel, and PowerPoint and asked to recreate them in less than 50 minutes. Judges were on hand to determine the winner.

It’s unclear if the participants are administered a urine test either before or after the competition to ensure no performance enhancers are used.

Just as in the Olympics, where there are different events in the same field, competitors in the Microsoft Office Specialist World Championship can show their skills in the specific program that works best for them; both the 2010 and 2013 versions of the full suite of Microsoft programs are available for use—the last two versions of the programs that were widely relied upon before everyone figured out you could just use Google Docs.

The finals of the multi-day event wrapped up on Wednesday, and they produced a collection of championship-worthy teens from all over the globe: 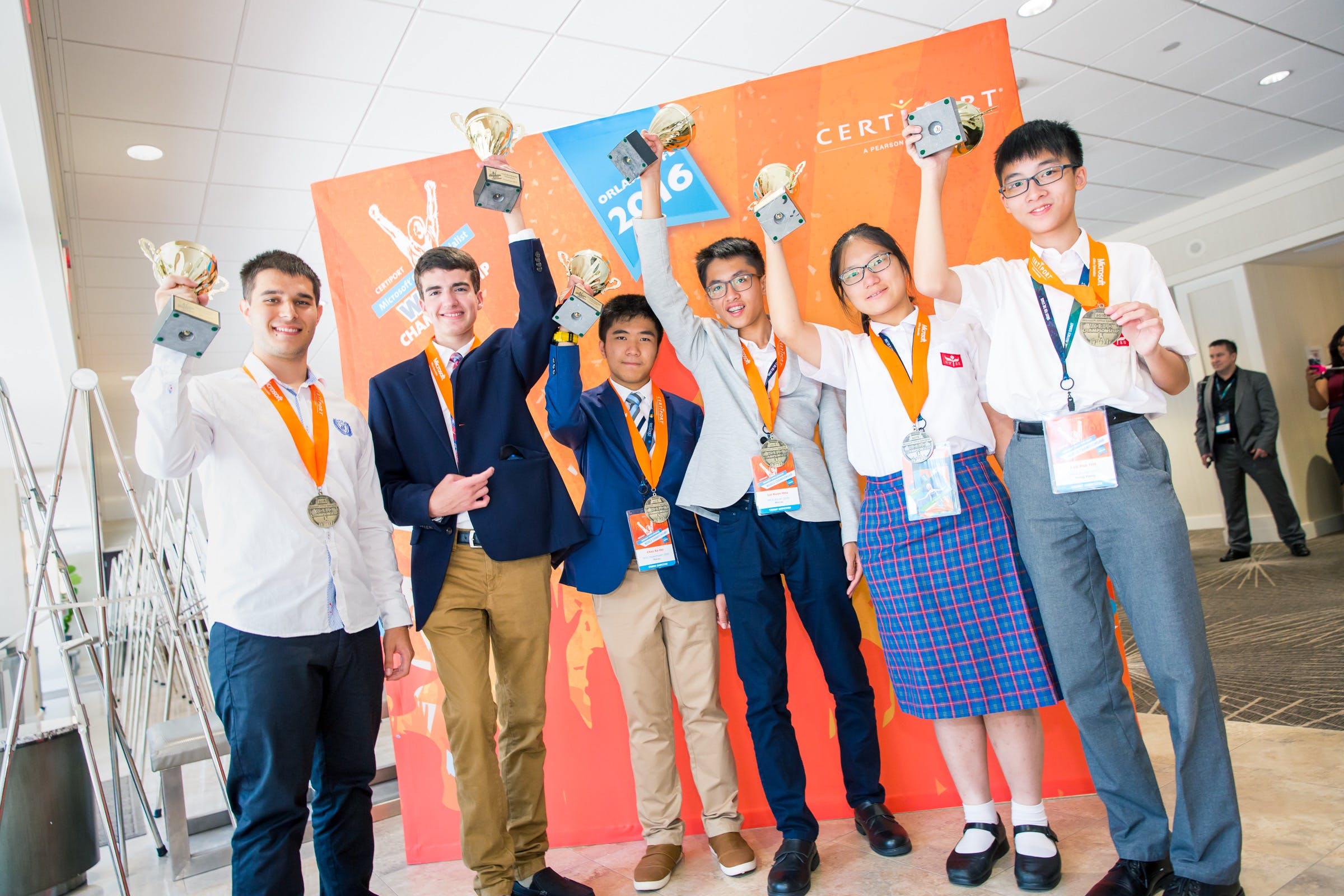 Winners who used the 2010 version of the programs received a $5,000 cash prize, while the 2013 winners were given $7,500, along with a medal of achievement and certificate. Second- and third-place finishers also went home with cash prizes of their own.

Now the winners must await their turn in the Microsoft Office draft, the annual event that gives the best and brightest a call up into the major leagues, where Fortune 500 companies make them file TPS reports until all of their youthfulness and creativity are completely drained from them.

The next time you find yourself in need of help in one of the productivity hellscapes that is the Microsoft Office suite, drag Clippy to the trash and find yourself a world champion instead.