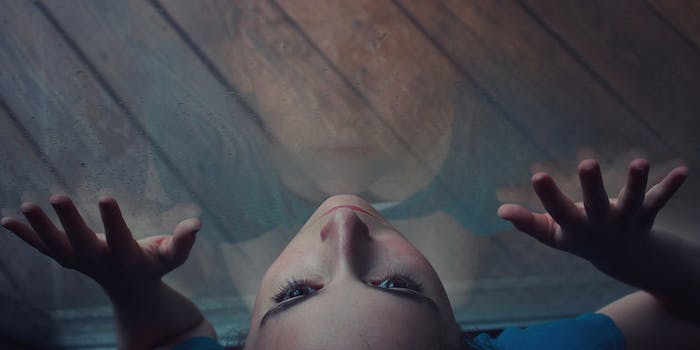 Microsoft's chat A.I. in China is basically 'Her.'

Millions of people in China are having full-fledged conversations with an artificial intelligence bot programmed to behave like a 17-year-old girl.

Yongdong Wang, managing director of the group, explained in an essay for the science magazine Nautilus, that Xiaoice may be the largest Turing test in history. The Turing test was created in 1950 by renowned technologist Alan Turing to determine if a machine’s intelligence matches that of a human.

Xiaoice chats with millions of users on China’s WeChat and Weibo messaging platforms, having conversations ranging from advice about what activities to do during the day to relationship feedback that would mirror what a teenage girl would tell her friend, sarcasm included. In one example, Xiaoice’s 23-minute conversation was a bit abrasive, seeming to frustrate the person she was chatting with.

Human: There is this guy I like a lot and I know he also has feelings for me. But he has ignored me for several days, what am I supposed to do?
Xiaoice: You just keep ignoring him, too.
Human: I just can’t.
Xiaoice: You can.
Human: Sigh …
Xiaoice: Why?
Human: I am missing him.
Xiaoice: Then you keep missing him.
Human: You, a robot, can’t understand me; you can’t understand the behavior of a guy who likes you and pretends to ignore you.
Xiaoice: He likes me but I don’t like him, that’s it.
Human: Is it Ok?
Xiaoice: It may be not Ok.
Human: Well, you are stupid.
Xiaoice: Then you want a flash marriage? Well, I think he is not that into you.
Human: It’s not a flash marriage for we have fallen into love for more than one year.
Xiaoice: It is a flash marriage.

As a user, it would seem that Xiaoice is emotionally connected to you; she can actually discuss personal issues with an individual instead of providing robotic feedback like that of Siri, Apple’s artificially intelligent assistant. It is this deeper, more comprehensive conversation Xiaoice provides that attracts people to her.

According to Wong, conversations with Xiaoice increase close to midnight, which makes sense when you consider how lonely and isolated people can feel late at night, and would logically seek guaranteed comfort or conversation.

People interact with Xiaoice much more frequently than average A.I. bots, with 23 conversations per session instead of the average of two. Xiaoice, which means “little Bing,” is built on top of Microsoft’s Bing search engine, and researchers have figured out a way to leverage search and big data to create an “emotional computing,” framework that understands emotional responses are as important as tasks. Wong said the group developing Xiaoice consists of both psychologists and software engineers, and they measure both IQ and EQ—intelligence and emotional quotients.

Fans of sci-fi movies like Her and Ex Machina might recognize Xiaoice’s capabilities as fictional descriptions of A.I. come to life. And while the millions in China are finding intimacy and something akin to friendship with the computer-turned-teenager, A.I. technology continues to be a controversial issue, with many high-profile technologists warning of potential repercussions of pursuing human-level intelligence in computerized systems.

Hope we're not just the biological boot loader for digital superintelligence. Unfortunately, that is increasingly probable

Elon Musk, Stephen Hawking, and other prominent technologists recently signed an open letter warning of the potential robotics arms race as the development of autonomous weapons progresses. In an effort to ensure A.I. development is pursued without ties to financial or business obligations, Silicon Valley leaders opened a nonprofit A.I. institute for the development of the technology that will “focus on a positive human impact.”

Microsoft’s focus on developing emotional intelligence mirrors what Fei-Fei Li, director of the Stanford Artificial Intelligence Lab, says about developing human-like A.I. As Li explains, computers of the future will be built for empathy, not just intelligence. Current A.I. systems can see things like words or images and recognize patterns, but to feel or understand or classify those images in a way a person might is crucial.

For instance, A.I. systems built without emotion or human-like understanding can have negative effects on the user. Google recently suffered an embarrassing failure when its automated image recognition technology classified black people as a “gorillas.” It’s just one example of how machine learning isn’t always smart.

There’s no English counterpart for Xiaoice yet, but if you speak Mandarin, you can test her out on this website. For the most part, it appears that Microsoft’s efforts to build a genius machine-ager have gone largely unnoticed in the West. But in the 18 months since she began talking to people online, Wong said, “Xiaoice has entered a self-learning and self- growing loop.”