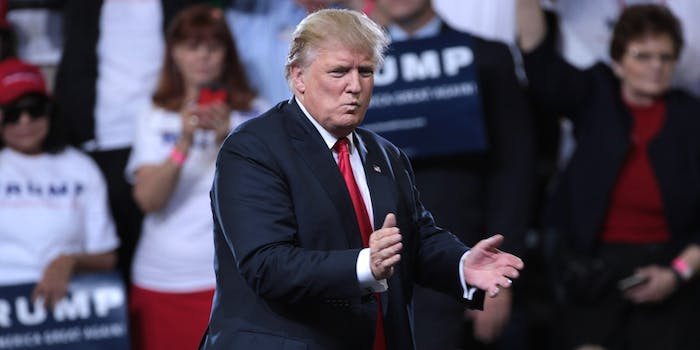 The objection is currently under review.

Green Party presidential candidate Jill Stein filed a request to recount votes in Michigan, where Trump was recently certified the winner with just over 10,000 votes above Democratic challenger Hillary Clinton. The Trump campaign’s appeal puts a stop to that process until it can be resolved.

“Under Michigan law, the recount is halted when the Board of State Canvassers resolves the objection. The board, which by law must resolve the complaint within five days, is scheduled to consider resolution of the objection tomorrow, Dec. 2,” the Michigan Bureau of Elections said in a statement. “If the objection is not adopted by the board, the recount can commence after the second business day following the board’s decision. If the board adopts the objection, the recount would be ended.”

The complaint, which highlights the fact that Stein received “barely 1 percent of the vote in Michigan” claims that she “has now commandeered Michigan’s electoral process.”

The complaint further excoriates Stein for basing her argument for a recount on “speculation” that hackers tampered with election results. The Trump campaign argues that, by requesting a recount, Stein is putting Michigan voters at risk of not having their electoral votes counted if the recount is not concluded by the time the Electoral College votes on Dec. 19.

“In Stein’s mind, apparently, election results are deemed unreliable, and election officials are deemed corrupt or incompetent, until proven otherwise,” the complaint reads. “Nonsense. Simply put, Michigan should not grant this lawless, insulting request, and its voters should not risk having the Electoral College door knocked off its hinges, all because a 1-percent candidate is dissatisfied with the election’s outcome.”

The Trump campaign’s full objection is below:

Update 12:41pm CT, Dec. 2: Michigan’s election board is in a deadlock over whether to approve Trump’s objection, reports ABC News. If it remains that way, the recount will continue next week—provided the Michigan attorney general’s pending lawsuit to stop the recount fails.