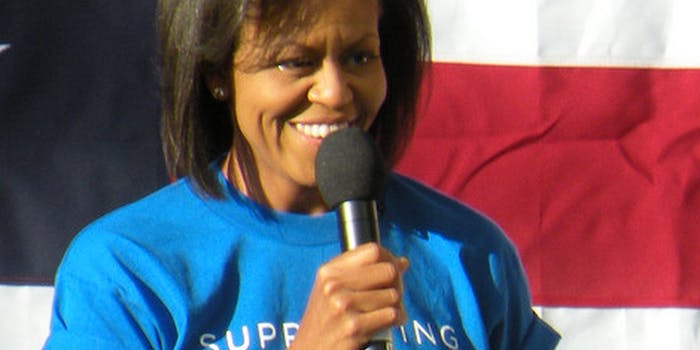 The verified account already boasts 23,000 followers and follows a steady push on social media from the White House.

The First Lady already has 23,000 followers and follows five accounts, including that of her husband and her fitness initiative, Let’s Move.

Of course, this isn’t the White House’s first dip into the social media pool. Barack’s campaign joined Tumblr in Oct., registered for FourSquare earlier this summer, and signed up for an Instagram account last week.

That’s great and all, but we’re still waiting for Michelle to join us on Tumblr.