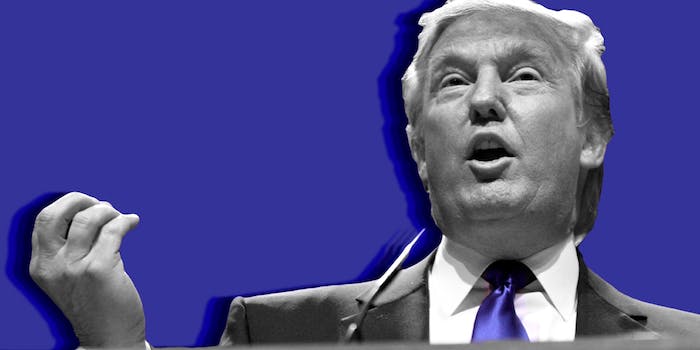 Mexicans have the perfect response to Donald Trump

Like the key to the city, but the exact opposite.

Man about town Donald Trump is funneling his wealth and hitting the road for a traveling spectacle of a 2016 presidential run. He won’t win for countless reasons. One of those is the fact that he said Mexicans were “rapists” during his campaign announcement on Tuesday. (And Latinos are an “awakened giant” of a voting demographic.)

On Friday, Trump backpedaled from his original comments via Twitter. And what a fun train of thought to ride: It went for a winking loop, before settling back to calling Mexicans rapists again.

I like Mexico and love the spirit of Mexican people, but we must protect our borders from people, from all over, pouring into the U.S.

Mexico is killing the United States economically because their leaders and negotiators are FAR smarter than ours. But nobody beats Trump!

Druggies, drug dealers, rapists and killers are coming across the southern border. When will the U.S. get smart and stop this travesty?

Trump’s comments made Mexican headlines, and the country spent the week sort of stewing across social media. But the indignity of the moment was perfectly manifested in real life by Reynosa, Mexico, piñata shop owner Dalton Avalos Ramirez: 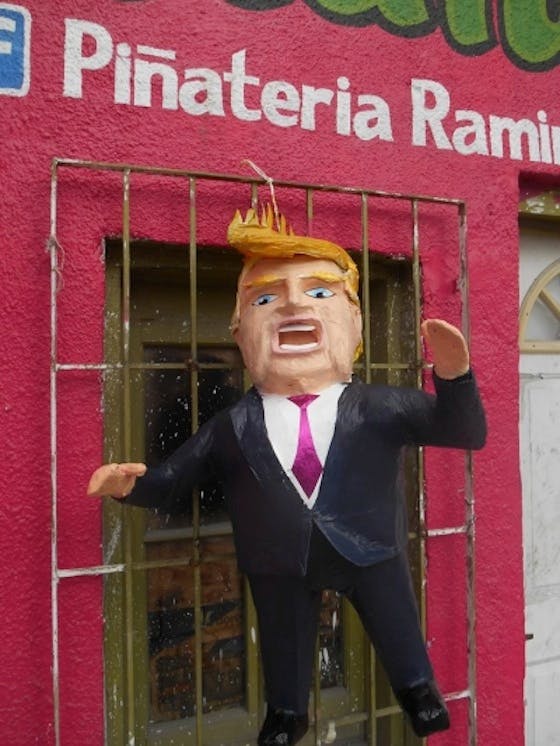 This is the part where I explain what a piñata is and that it is used for children’s birthday parties, that it is stuffed with candy, and that the candy is released after kids take turns beating the piñatas with a stick. But did you also know that piñatas surface at the holidays during posadas? And that batting order for slugging the piñata always means letting the youngest kids swing first? The eldest child then develops a complex about piñatas because they spend their formative years never getting to swing at them.

Anyway, this is the best villain-based piñata the Mexicans have poured their disdain into since last summer’s portrait of Dutch soccer star Arjen Robben. His controversial penalty eliminated Mexico from the World Cup.