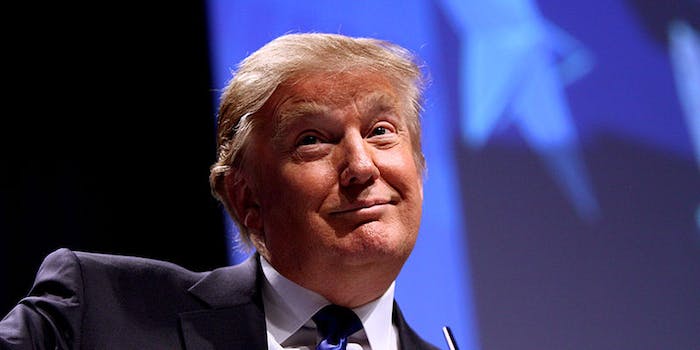 The combover king should be eating his words.

Donald Trump, star of NBC’s The Apprentice, is running for president of the United States and this is a fact with which we must live. What some people can’t live with is the insane stuff he said about Mexican people in his presidential campaign announcement speech, and one woman found the perfect way to take the combover king down a peg.

In his speech, delivered in New York City on June 16, Trump said the following about Mexican immigrants:

Adriana Almanza, a young woman who works in admissions at Grand Valley State University in Michigan and whose father is from Mexico, had a bit of an issue with Trump’s harsh words. So she took to Facebook to write him an open letter. 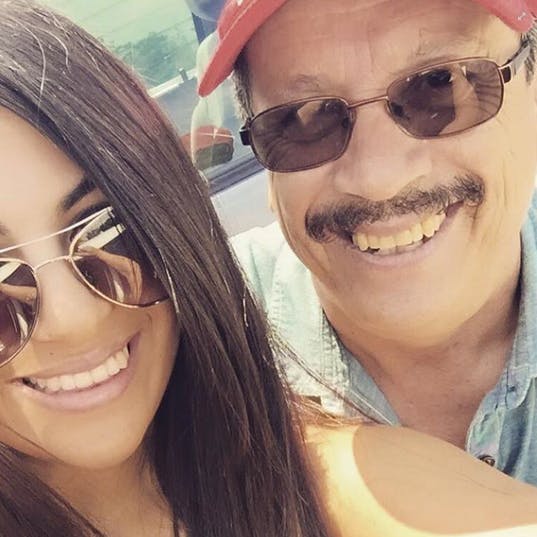 “Dear Mr. Donald Trump,” she wrote, “I’d like to take a minute to introduce you to my father, Raul Almanza. As you so eloquently put it, he is one of the many that Mexico ‘sends’ to this country.”

She continued: “Yesterday, I turned 28 years old and I was blessed to have had the opportunity to share my special day with my dad as it was Father’s Day, as well… In fact, yesterday wasn’t about me at all… It was about him. Let me tell you why.”

She went on to explain how 30 or so years ago, Mexico “sent” her father to the United States. She says he came here undocumented. “He worked his ass off in the fields.. traveling from state to state to find work. He helped provide for his parents and 9 siblings back home. And when I was born, he no longer held the title of just a son, brother, provider, and migrant worker- he finally earned the title of Father,” she wrote.

Almanza says her father doesn’t have a formal education, but he always helped her with homework, stressed the importance of education, and exemplified a good work ethic.

“My dad has worked 5-6 days a week since I was a child and I’ve never heard him complain about it one time. He doesn’t drink. He doesn’t use drugs. He is certainly not a criminal, rapist, or drug trafficker, as your speech suggested,” Alamanza said, in response to Trump’s offensive generalizations.

She wants trump to know that her dad is “the best” and that she wouldn’t have a bachelor’s and master’s degree without him.

She concluded: “Perhaps you should get to know more people like my dad; there are millions just like him. Then, you’d see for yourself .. & instead of bashing Mexico.. you’d thank Mexico.. for sending us their ‘best.’”