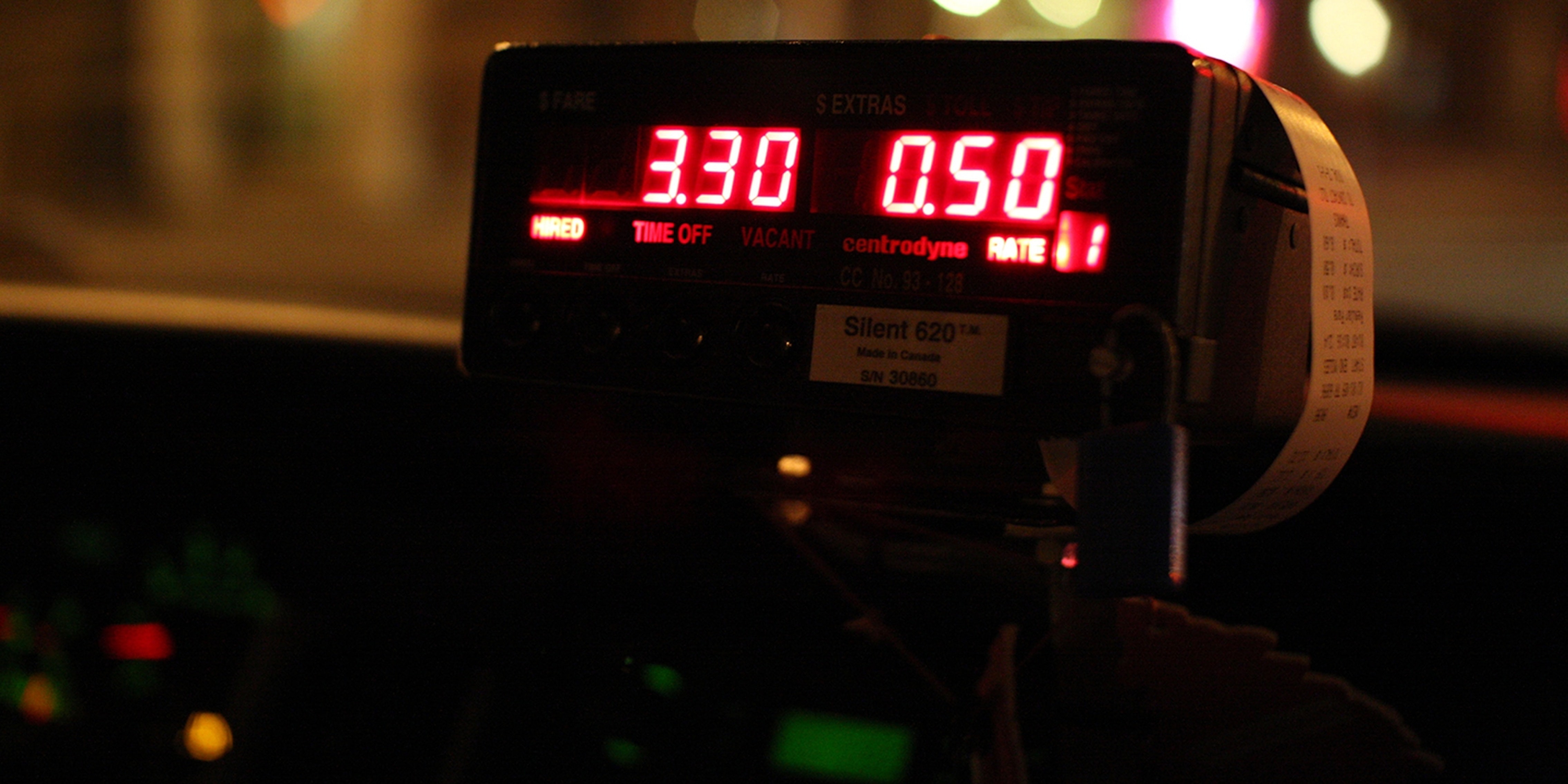 It won't change your bill, but it will illuminate it.

Uber’s pricing policies have long been fodder for critics who claim that the company’s cost structure is opaque and often slams users with pricey rides. Now there’s an app that will break down the cost of your Uber trip for you in real time, providing deeper insight into the cost of traveling with the ride-sharing company.

The app, called Meter for Uber, was originally created for Android by CEO and software engineer Jonathan Osacky. Osacky and his classmate Thomas Deegan then developed an iOS version. Osacky claimed that the app, which uses city-specific pricing breakdowns and your phone’s GPS to meter rides, is currently accurate to within five percent of the total fare. Osacky said that he relied heavily on Uber while living without a car in Palo Alto and became curious about how much he was being charged as he traveled.

“I felt it was important to make Meter for Uber in order to gain more transparency into Uber’s prices,” Osacky said in an email to the Daily Dot. “The first version took me 8 hours to build and it looked awful. But I got really good feedback from a lot of people so I kept working on it.”

The iOS version of Meter is still very barebones, but Osacky said that a newer, fuller version would be released as soon as it received Apple’s stamp of approval. It will include certain features already available in the Android version, like ride history and price estimates that a user can consult before entering an Uber vehicle. 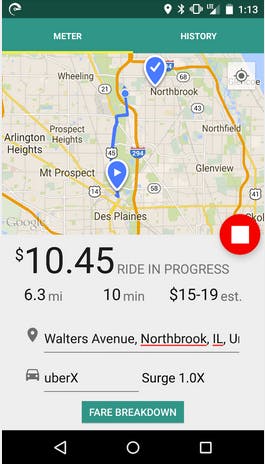 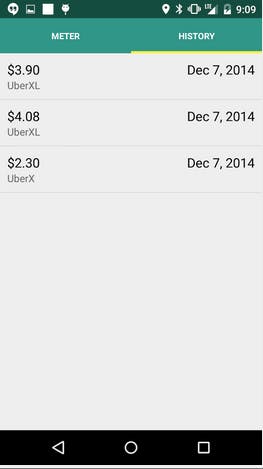 Currently, when a user opens the iOS app, the only function available is to choose between Uber X, Uber XL, Uber BLACK, and Uber SUV before starting a trip. The app then takes into account Uber’s current surge-pricing rates, distance traveled, and time elapsed in order to provide a fare estimate, which it updates every second.

Meter functions well, according to users who have rated it in the iTunes App Store, but it apparently still has some minor flaws in its calculations. Users have noted discrepancies between Meter’s estimate and the actual fare. Meter for Uber does not currently take into account tolls, for instance, the cost of which is typically passed down to Uber passengers. The app’s developers are still looking for an accurate toll database to enhance their calculations.

Meter for Uber won’t be Uber-exclusive for long. Osacky said that support for Lyft will come in a future version of the app. He added, however, that there were currently no plans to extend the app to other mobile platforms.